The birds are singing, the sun is out and little green buds are appearing on the trees. It can only mean one thing! Spring is almost upon us and what better way to celebrate its arrival than by taking a trip into nature. One of the absolute best things about Prague is how quick and is easy it is to find yourself surrounded truly gorgeous countryside.  There are many areas of spectacular natural beauty which are accessible by trams, buses and even the metro.

You can go from hearing the sound of car horns, smelling fried sausages and seeing crowds of busy shoppers, to hearing nothing but birdsong, smelling moist tree bark and seeing new spring shoots sprouting from the earth in as little as 15 minutes (if you know where to go!). That is where we can help. For those of you who never leave home without a comfy pair of walking shoes, here are a few of Prague’s most spectacular spots for a springtime hike.

Michelsky Les is an absolute paradise of peace and tranquillity. If you choose to take a hike through this forest, you will not believe that it is just a 12 minute Metro ride away from Wenceslas Square.  There are several maintained trails through the forest, which are popular with hikers and cyclists. Despite the popularity of Michelsky Les, it is large enough that it is always possible to find a peaceful spot and listen to the birdsong without interruption (if you are lucky, you might spot one of the very rare grey-headed woodpeckers, which are known to nest here). We recommend that visitors to the forest look out for the ruins of the gothic New Castle, which was built in 1412 by King Wenceslas and was actually where he died in 1419. The ruins are freely accessible and are in the south-western part of the forest.

To experience Czech nature in all of its dramatic glory, head to Divoka Sarka.  This nature reserve is named after “Wild Sarah”, a mythical female warrior who jumped to her death from one of the reserve’s rocky cliff faces. The reserve is simply huge, so don’t imagine for a moment that you will be able to explore it in its entirety in just one day. Divoka Sarka contains luscious grassy meadows, shadowy forests, a beautiful winding valley, babbling creeks, hidden caverns, waterfalls and dramatic rocky outcrops, which you can climb for spectacular views.  For the summer months, there is a large outdoor pool and a large lake called Dzban, which are popular with locals wanting an afternoon swim.  Ornithologists should keep their eyes peeled for the rare black woodpecker whilst exploring the forests of Divoka Sarka. 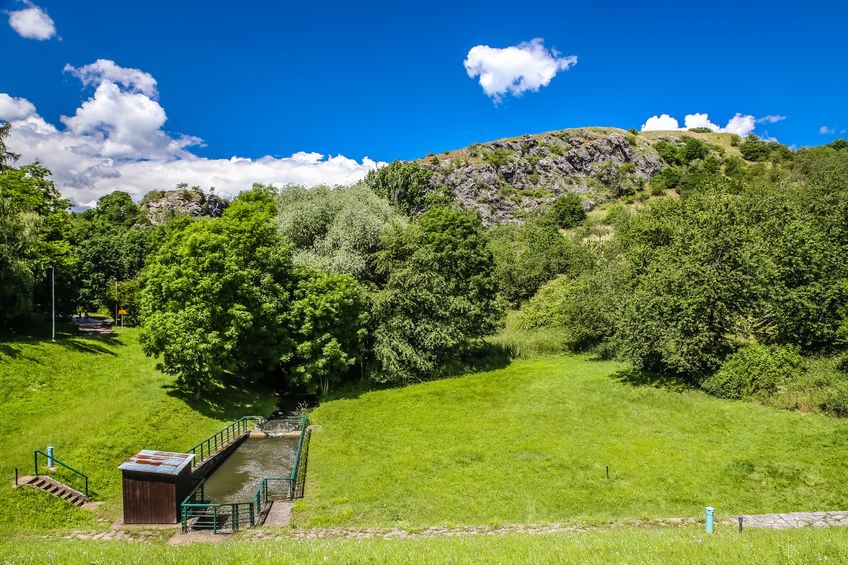 Prokopske Udoli is a very popular weekend hiking destination for Prague residents and if you pay a visit here, you will see why.  “Udoli” means  valley in Czech and this area is so named because of the vast and beautiful valley, which follows the Prokopsky Potok (“Potok” meaning stream). The area including the valley was declared a nature reserve in 1993 and boasts many hiking trails, a former lime quarry (which is now full of water), views of the beautiful stone Zeleznicni Viaduct, abandoned railway tracks, lush flower filled meadows and some quite surprising views over the city. 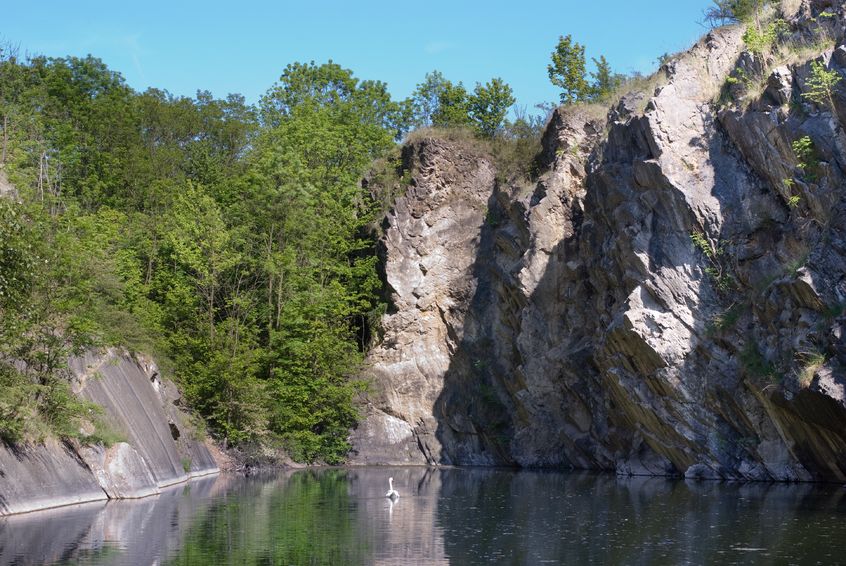 The old quarry near Prokopske Udoli

98 million years ago, this woody hilltop was actually an island but these days it is a beautiful spot for an afternoon hike. The centre of the forest is one of the highest points in Prague, measuring in at 359 meters above sea level and there are also some interesting legends surrounding this hilltop. Although evidence has been found of prehistoric settlements throughout the forest, there is no evidence that anything was ever built at the summit. This is a little unexpected, as the flat plateau of land at the top of the hill would have been the perfect location for a lookout tower or fortress. A popular theory is that the prehistoric inhabitants thought the top of this hill was sacred and therefore under ownership of the Gods and a spot only to be used for rituals and ceremonies (this could be where the forest gets its name from, as it translates to something like “Devil’s Grove”). Some interesting sights in Dabelsky Haj include the ruins of an old viewing tower from the 1940s and an observatory dating back to the 1950s. The observatory is at the top of a rugged rocky outcrop, which is where you will find the best panoramic views over the city of Prague and on a clear day you can see as far as the Northern Bohemian border and the Krusne mountain range.

It’s well worth taking a short hike up this rocky hill in the city’s Dejvice district, to discover the Baba Ruins. These mini-ruins were once a 17th century summer house and wine press, which were torn down by the Bavarian and French soldiers during the War to the Austrian Succession.  These days, the ruins are one of the most romantic spots in the city and as you would expect from their hilltop location, a great place to take in some views (especially in the evenings). Graffiti artists have controversially made the ruins into a canvas for their art over the past few years, but you can make up your mind about whether this adds to or detracts from the undeniable beauty of the Baba Ruins.