Despite having lived in Prague for nearly 6 years, there are still some astonishing places in this city that I’ve never visited. This weekend I decided to pay a visit to one of Prague’s lesser known attractions, which despite being almost abandoned for around the past 20 years, still boasts a commanding and magnificent presence and it is frankly enormous. Those of you who are familiar with the far reaches of Prague 6, may have guessed that this weekend I visited Strahov Stadium.

Strahov Stadium is actually the 4th largest sports stadium to ever be built anywhere in the world and contains 8 football pitches. Its overwhelming size really cannot be exaggerated. The mammoth size of the stadium, coupled with its frail, crumbling exterior really makes the discovery of this place a humbling and surprising experience. However, there’s more to Strahov than its size and crumbling grandeur, as it’s also a structure which is bursting with history and social significance. 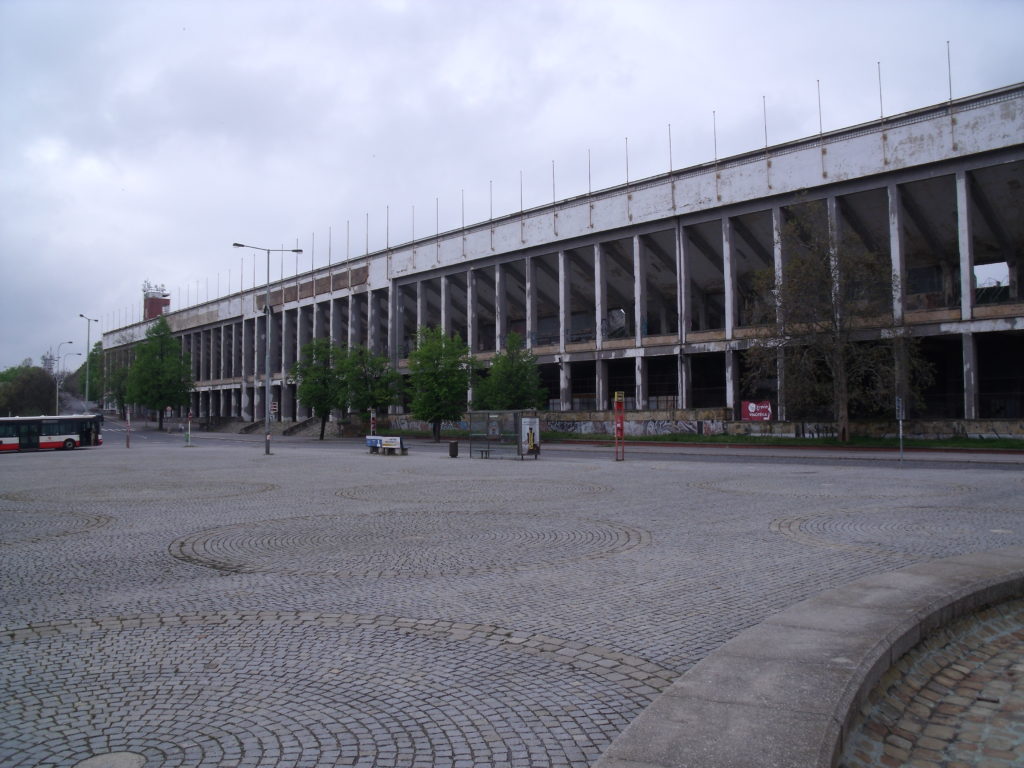 The purpose of this stadium was to host gymnastic displays on a simply epic scale. Under the communist regime, “Spartakiads” took place in the stadium every 5 years. The aim of the Spartakiad was to celebrate the so called “liberation” of Czechoslovakia by the Red Army in 1945. Today, it’s possible to find videos of these events online and the sheer scale of them is pretty overwhelming.

The Spartakiad held in 1960 featured around 750,000 gymnasts all performing a perfectly synchronised routine in matching skimpy outfits. This event was watched by around 2,000,000 people. Although many gymnasts volunteered to participate in these events, there were also large numbers of students and soldiers who were forced to participate and these performances have since come to be a symbol of Soviet oppression. 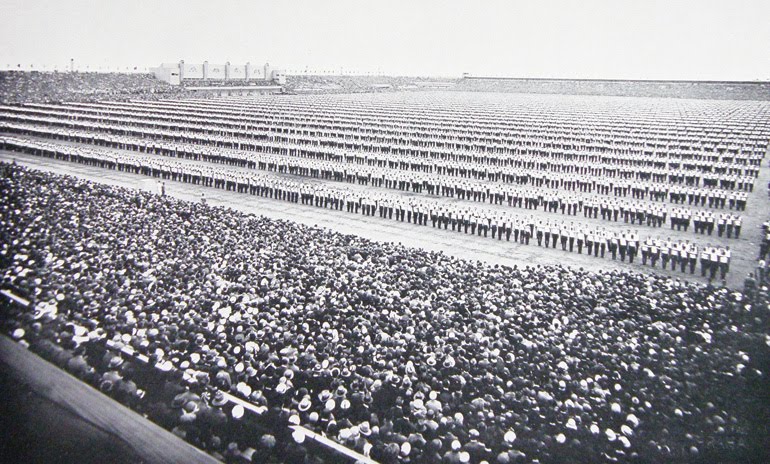 The final Spartakiad took place in 1990 and since then Strahov has been put to different uses. It has been used to host concerts by some of the world’s most influential bands and musicians, including Pink Floyd, The Rolling Stones and Guns N’ Roses and the stadium is currently used as a youth training academy by Prague’s best known football team, Sparta Prague. This place has a ghostly, almost post-apocalyptic feel to it but despite its sad and neglected exterior, work has been done over the past few years to try and protect this unique and significant monument.

You will find the stadium nestled far up on the hillside behind Petrin Park. To get here, you can take buses 143, 149 from Dejvicka Metro Station (A Line). It really is a spectacular spot with some phenomenal views, even if you choose to completely ignore the stadium. 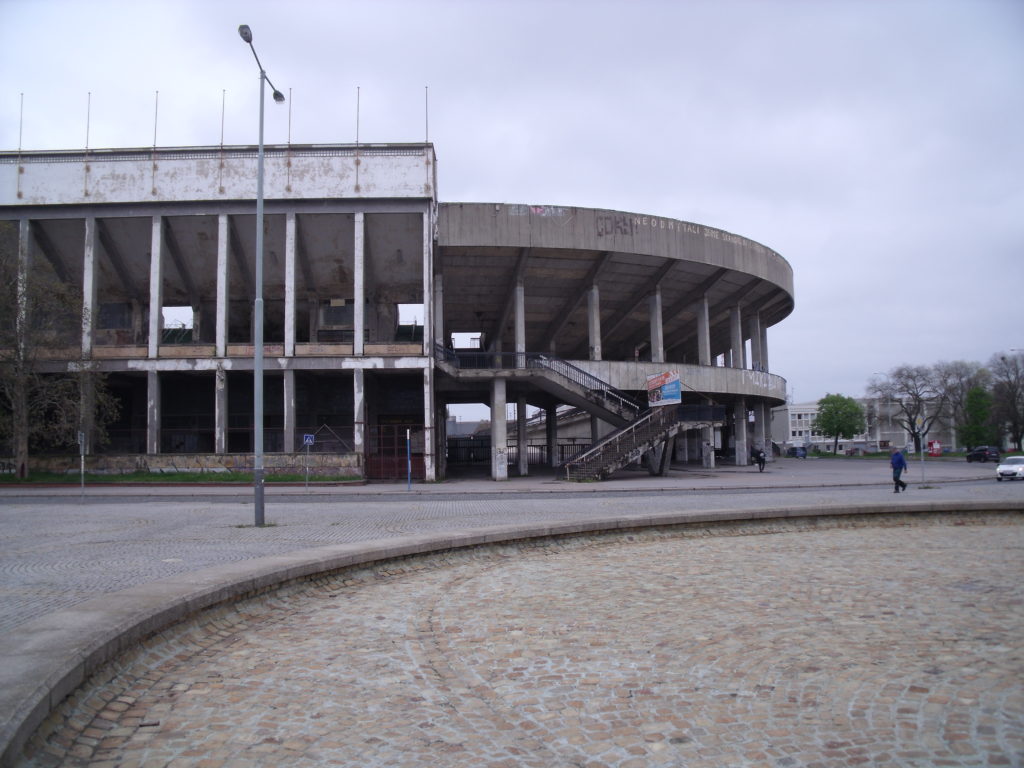 I tried to take a photo of the stadium but it was just too gigantic to fit into one shot. 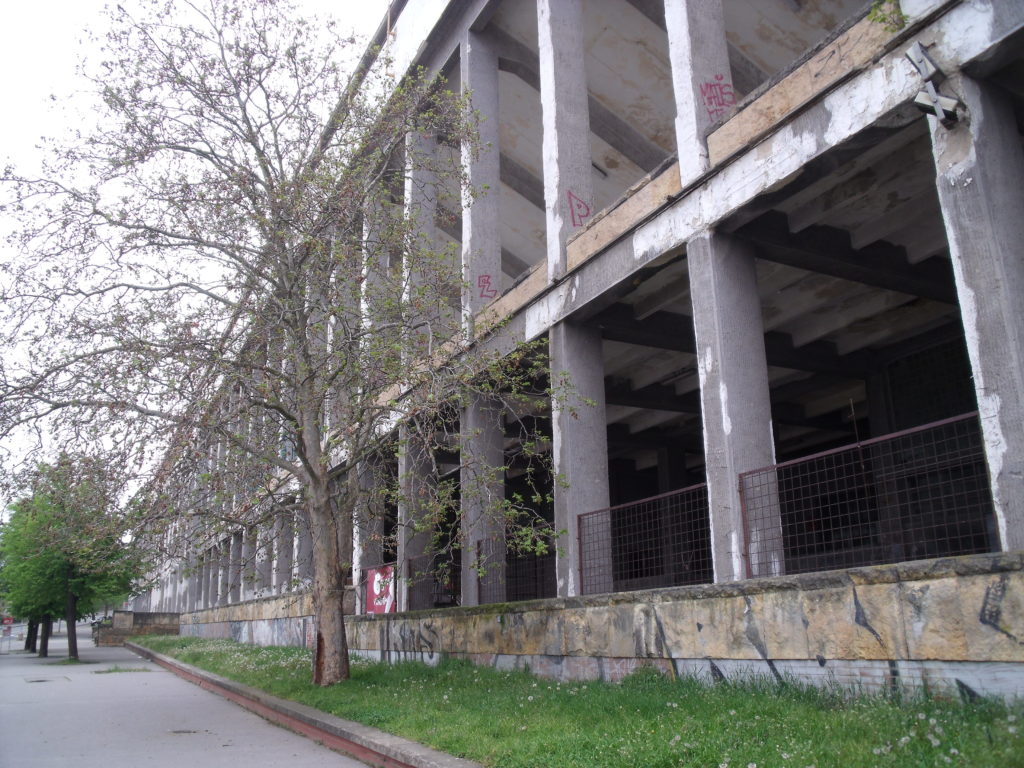 I was initially disappointed to see that all of the gates leading into the stands seemed to be padlocked, but I as I took a walk around the exterior, I was pleasantly surprised to find that the main gates were wide open. After taking a quick jump over a low gate, I was able to have a good explore of the upper and lower stands and they just oozed that eerie atmosphere which goes hand in hand with abandoned and neglected buildings. 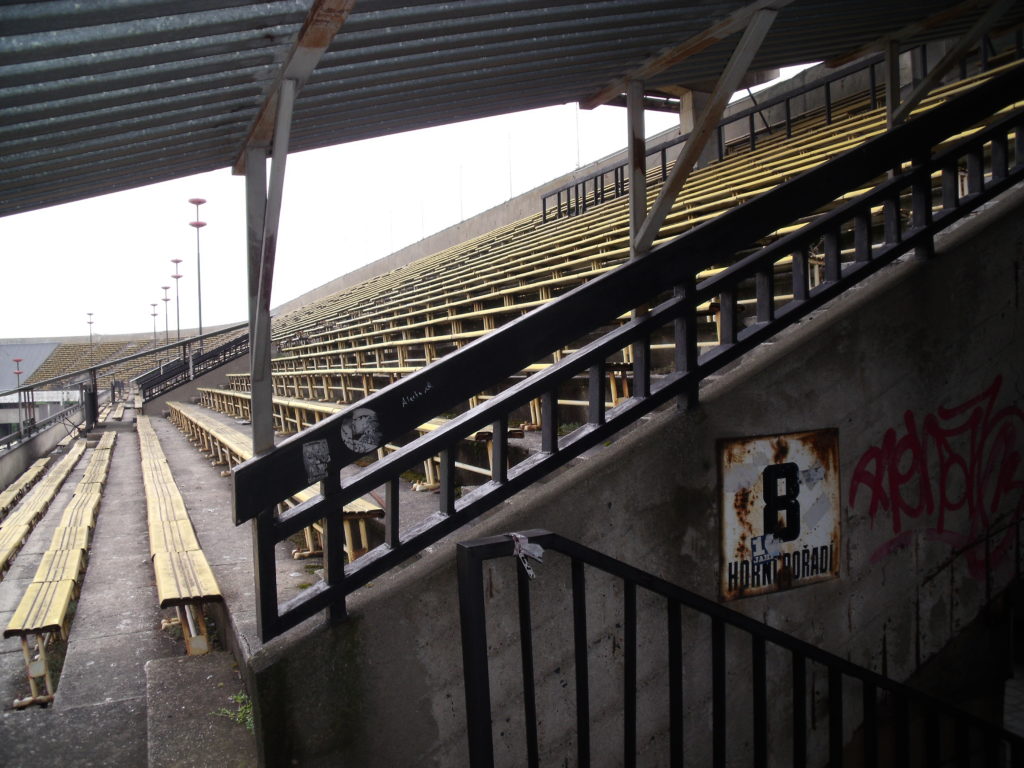 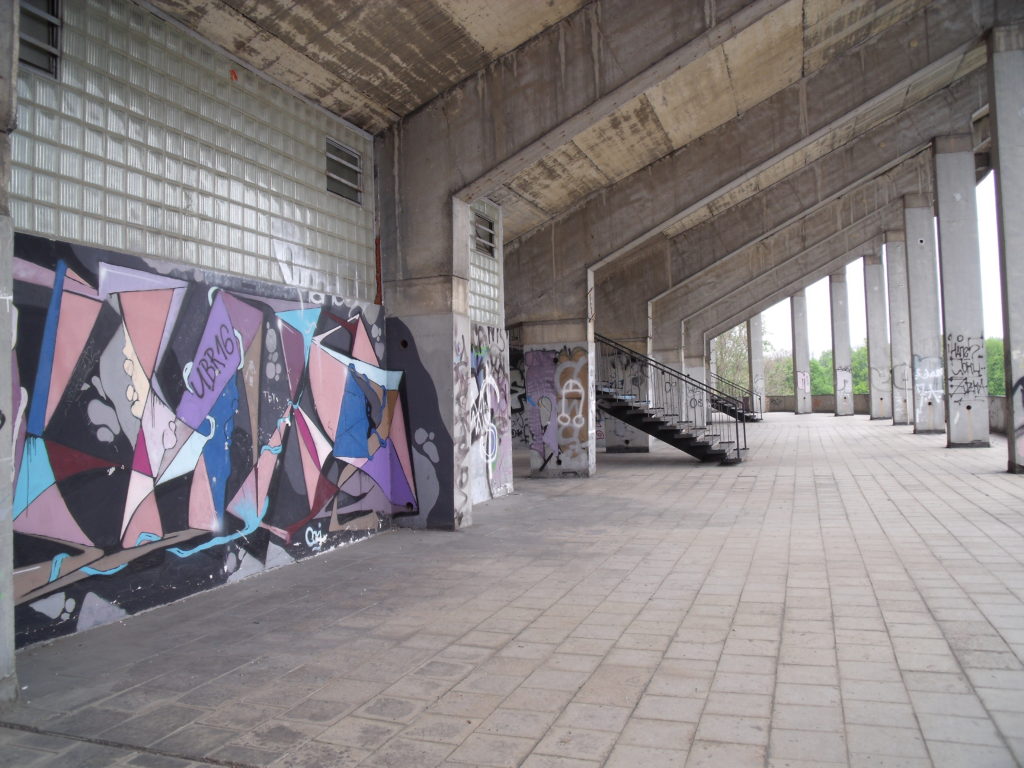 Since exploring Strahov Stadium, I have discovered that there are plans to turn it into a commercial zone, complete with shops, restaurants and hotels. It saddened me a little to hear this, as the ghostly, surprising, imposing and unique structure which I discovered yesterday really seemed like something quite special. So why not go and check it out before it becomes yet another shopping centre?