The Czech Republic’s capital is even greener, thanks to a new park which has been constructed in the Castle District Hradčany. It was created in place of a land coffer dam, which was dug during the construction of the new tunnel complex Blanka.

The new park is not finished completely, yet nevertheless its first part has already been opened to the public. It covers around 10 thousand square metres of land and consists of large greensward areas with almost one hundred newly planted trees. It’s equipped with tiled pavements, benches to rest, and a water fountain. There are also underground garages built beneath the park. 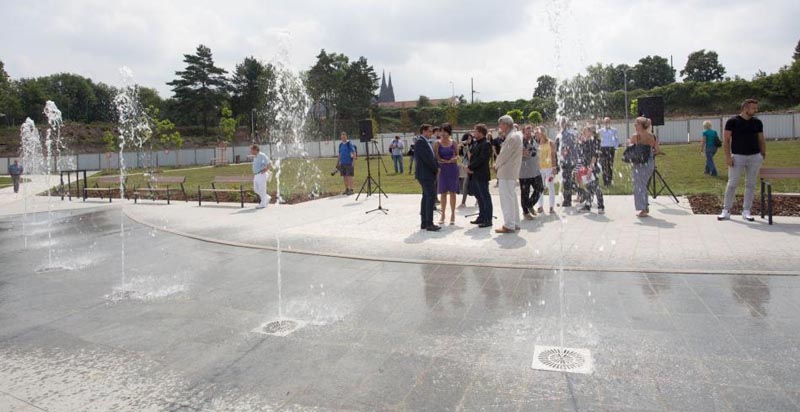 Picture From the Opening of the New Park at Hradcany

The other part of the park is planned to be finished and opened in the second half of 2017. Its dominating feature is also still to be realized, although a water-themed statue is planned to be placed in front of the fountain.

Built on one of the construction sites of the Blanka tunnel complex, the new park is situated ideally to be used as a route towards Prague Castle. The recently finished and opened tunnel called “Blanka”, which is the longest city tunnel in Europe, is 5,5 km long and consists of three tunnels connecting several Prague quarters.

“We believe, that constructions of large traffic projects, such as Blanka, should always be accompanied by investments to the surrounding areas and enhancements of public space. We are very happy, that it this case it worked out perfectly,” a representative of the Prague city hall said.