Prague’s official representatives have lost their patience with self-described “artists” damaging walls in the capital’s public spaces with graffiti. Some of the districts decided to launch a service, which will ensure clearance of the markings within few days, not only on public buildings, but also private ones.

Even though some of the sprayers become acknowledged artists, in the eyes of the law all graffiti is still vandalism. On top of that, the proportion of sprayings which could be perceived as art is rather small, and most of the “work” of the sprayers consists of so called “tags” – nicknames of the vandals scrawled on the walls without any artistic value whatsoever. 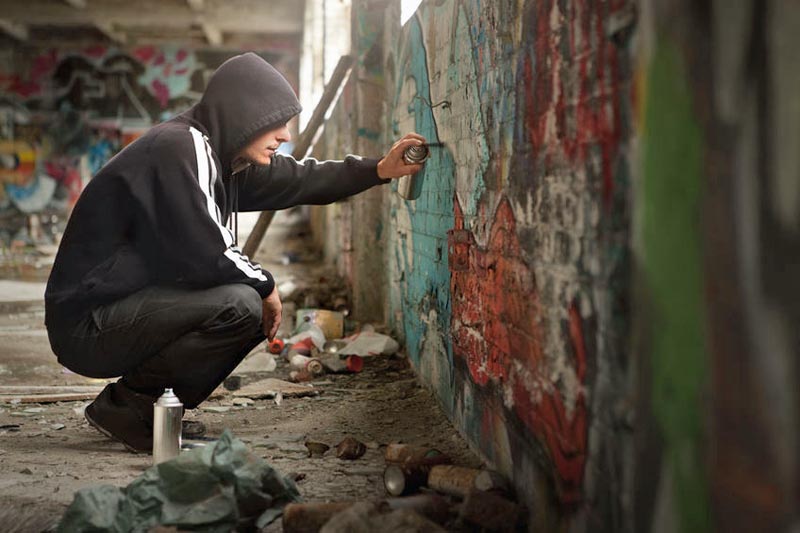 Prague Wants to Get Rid of Graffiti

Prague 1 and 3 are now working on their own programmes against the graffiti, probably inspired by Prague 6, where protective measures against the abuse are already working. The “antispraying” programme includes a non-stop graffiti removing service, repressive activity from the police, and a prevention effort based mainly around communicating with the sprayers and the public.

Also, the Prague 6 quarter recommends what residents should do in case of noticing some graffiti.

They should first of all notify the Police of the Czech Republic, and there is also a free helpline (telephone number 800 100 596) which one can call to inform the quarter representatives about damages caused by spraying.

Of course the famous John Lennon Wall will stay untouched. What is your opinion on graffiti in general?