Prague Zoo always has something new to offer to its visitors. Recently, for example, the zoo cheered its polar bears with new toys, confirmed the sex of its newborn aardvark, and announced the birth of twins of a rare kind of deer.

Tom, Berta, and Bora, the beloved trio of polar bears, have been given new toys – plastic parasol bases. They seem to love it, and now their cheerful playing in the water is even cuter and more fun. You can come and see the polar bears playing with their new toys in their exhibit in the upper part of the zoo, and see for yourselves how playful they are. The polar bears are also capable of learning and the zoo representatives use the method of positive reinforcement to train them. 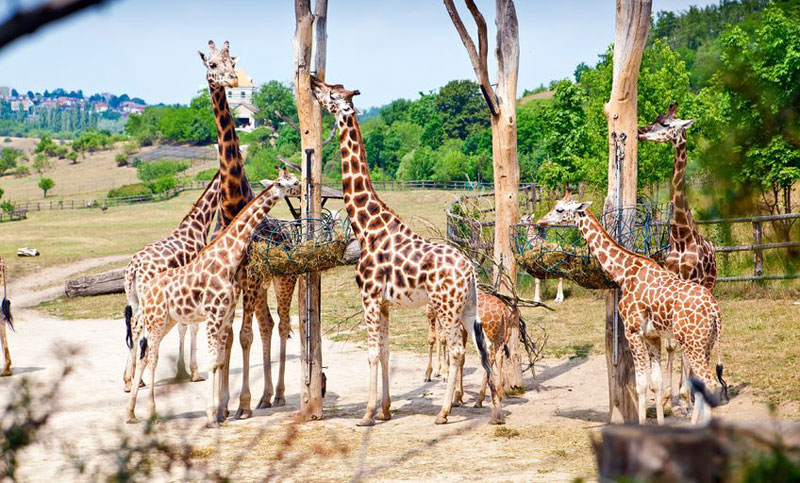 In the African House a baby aardvark was born in August. Now, the DNA tests have finally revealed its sex. And the rare nocturnal mammal is a female. She does not have a name yet, and will be christened on the occasion of the 85th anniversary of Prague Zoo’s opening. Aardvarks are the only remaining species of Tubulidentata, an order which used to be wider in the prehistoric era. Come and see the interesting little female and perhaps even cast your vote on how she should be named.

Yet another birth occurred in Prague Zoo this month. The couple of Eld’s deer had twins, which is especially amazing taking into consideration that it happens very rarely and that the Eld’s deer itself is a rare species. Prague Zoo breeds as many as thirteen Eld’s deer currently. These animals, also known as the Thamin. or brow-antlered deer, are an endangered species, indigenous to Southeast Asia.

Other interesting news is that Prague Zoo is no longer breeding the Rothschild giraffe. But fear not – nothing happened to Eliška, the young giraffe born in August, there has only been a change of name. Following the findings of an expert team led by Julian Fennessy, which helps to understand giraffes better, Eliška is now a Northern Nubian giraffe. You can see her and her “family” at the African house of the Zoo.