A rather ambitious idea of Prague 5 representatives has caused some controversy.

The opposition has criticized the councilmen’s proposal to build a 60 metre high Ferris Wheel in the Smíchov quarter. The aim of the project, called “Prague Wheel”, is to make the Smíchov embankment more attractive to visitors.

If the project is approved by the care of the historical monuments department and other deciding institutions, the Ferris Wheel will be built in 2017 on the “Hořejší nábřeží” embankment, close to the rail bridge across the Vltava river. The attraction, with 42 cabins, is supposed to stand in an area of over 6000 square meters, occupying part of a children’s playground currently located there. 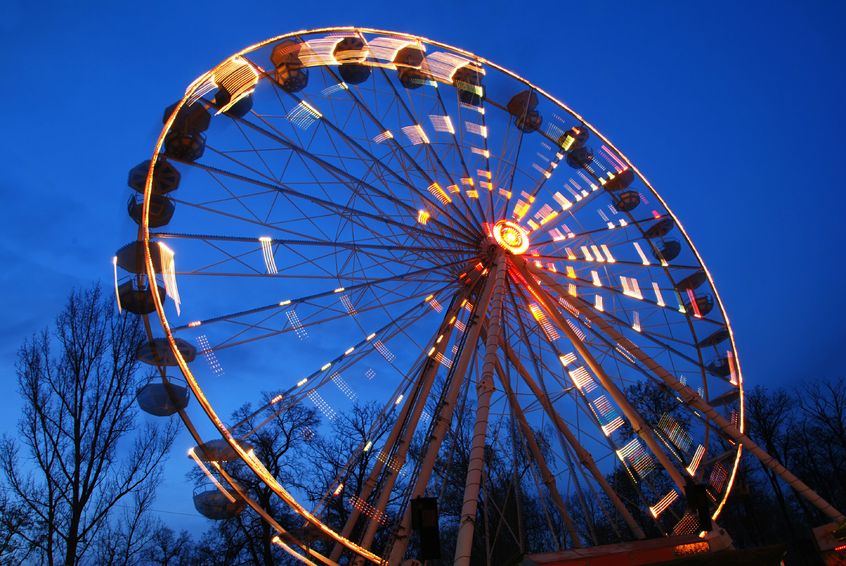 The Wheel is to be operated by a private company, which would pay the town-hall a rent. The opponents (the political opposition but also professional architects and others) claim, among other things, that the attraction does not fit into the city centre absolutely, therefore it would affect negatively the panorama of Prague. What’s more, they find it highly inappropriate to demolish part of the playground for children due to a “fairground amusement”.

“In the Central European context, the project implementation will create a unique locality, more significant than existing tourist sites, such as Prague ZOO, Prague Castle or Petřín Hill Observation Tower,” claim the advocates of the “Prague Wheel” project, offering their counterarguments. It is as yet unclear whether the project is going to be approved. The town-hall needs an official favourable opinion from a number of institutions, including the care of historical monuments deliverance.

What do you think? We personally believe it’s a really bad idea and the wheel won’t fit into the beautiful Prague surroundings.