January weather makes a perfect excuse to spend the weekend inside. Especially cinemas seem to be the perfect place to hide from the grim and grey sky looming over Prague. This weekend (January 11th – January 12th), Prague has something special in store: The Prague Film Awards are on in the city – and bring unique English Films or Films with English Subtitles into the capital. What to know about the festival, where to go to see some independent movies and how to participate as a film-maker for next year’s edition; we got all the information you will need for the perfect cinematic weekend! 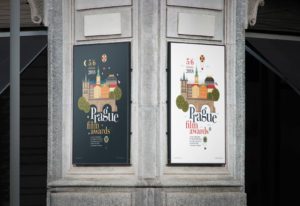 2 years ago, a bunch of creative minds with a desire to create a space where international cinema and Czech film-making could meet and benefit from each other, joined forces and made it their mission to bring quality independent film-making to a live audience of film critics, movie enthusiasts and producers. In 2018, they launched their first Prague Film Awards (PFA) and achieved a huge success: The two-day long event was completely sold out! This is why the team behind Prague Film Awards invite movie enthusiasts, experts and producers, to attend and enjoy two excellent nights of screening, networking and of course Red-carpet treatment, once again. 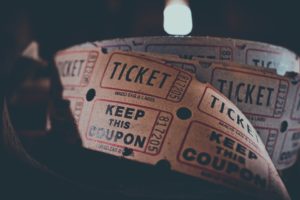 The team behind the scenes believes that quality film-making should be made available and awarded – no matter what the budget for the production was. International programmers of Prague’s Film Awards make a diverse and interesting selection out of all movies that get sent in throughout the year – for you to enjoy this weekend.

Being passionate about supporting young and new directors, producers as well as actors – or those that want to be – the heads behind PFA provide the same with worthwhile and valuable screening experiences. Not only do they get to be in the movies or behind the camera, they also experience Q&A’s with film-makers, industry round tables and audience awards. 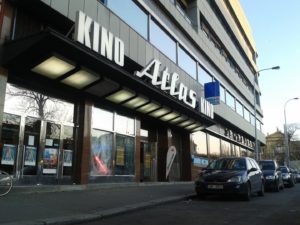 A great cause the guys from PFA are working for. In order to support up-and-coming film-makers, the Prague Film Awards are run in collaboration with Close:Up. Close:Up is a collection of international Film Festivals that support independent film-making. What brings the two together is their passion and common goal: to create productive and deep-rooted relationships between independent film-makers and their audience. This is mainly achieved by forming a vast network of film-makers, producers as well as marketing professionals, the event itself being a great opportunity to do so.

Prague Film Festival accepts submissions for a vast number of categories. Not only style-wise the committee is open for creative approaches; movies of all languages are welcome – as long as non-English movies carry English subtitles.

There are 15 different movie categories that await PFA’s audience this weekend. Whether it is documentaries, dramas or comedies you like – you will definitely not be disappointed with the extensive selection of movie themes. Even Music Videos, Animation and Experimental films are on the menu, when attending this year’s Prague Film Awards at Kino Atlas in Prague 8.

The venue is a beautiful art-house cinema near Florenc, with cozy seating and some pretty impressive decorations in some of their cinema halls (which feature a rare mirror projection technology).  The venue not only has auditoriums with modern technology and exhibition spaces, but also a café to sip a good old cup in between the movies. Oh, have we mentioned, that the event is for free for the audience? 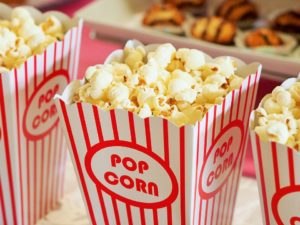 How to Participate as a Film-maker

You are a Film-maker looking for an audience or maybe a critic to assess your work? Then you should definitely look into participating in next year’s event. The committee is now taking submissions for their 2020’s Awards!

What awaits you as a partaking film-maker? PFA may promote clips from your film on Social Media, based on the press kits you provide them with. This would mean that your work will be out there and people would be able to see what you have created!

In order to enter the competition, your film should be submitted in English – or any other language with English subtitles. Please be aware that PFA does not sort out the copyright on film-maker’s material; it is up to you to make sure all is in order.

Make sure that no technical issues will arise with the film you submit, as PFA can not take responsibility for the film-maker’s work. And if your video file does not work or lacks English subtitles when it gets rated, it will be automatically rejected – which is not exactly what you worked towards. Read all applying rules for entering right here.

In order for a film to win, it first needs to meet the requirements of PFA. It is then nominated in its category. The pros of Prague’s Film Awards will then proceed to watch all works that are being sent to them throughout the year and choose outstanding candidates for screening. It might happen that a film will not be screened, but yet can compete for an award in its category. This is because both Nominations and Official Selection bleed into the final decision.

Of course, hard work should not go unrewarded. Winning film-makers, directors, editors & co. get a range of prizes such as distribution packages, discounts and waivers for other film festivals, to name just a few of the goodies to win. Not just the movies can win in their categories, PFA also features prizes for Best Editor, Best Director, Best Cinematographer and Best Producer!

Furthermore, because this event is true to its name, all winners will get a certificate and invitations for online distribution deals. Even for those that will not quite make it to the podium have something to look forward to: All nominees will receive official laurels. 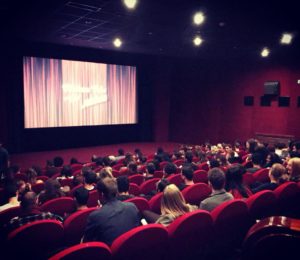 Prague Film Awards is not only a great way to spend the cold and gray weekend entertainingly; it also offers film-makers and actors a – urgently needed – chance to present their work and get an audience as well as critics to rate it. Learning how an audience reacts to a written and produced script is important for film-makers-to-be in order to change acts that did not work and take away what they should include in their future projects again. All in all the perfect event for attendees and nominees alike that will definitely brighten up the Prague sky – even if it is just the one in the cinema hall.