Sitting down by the riverside just north of Zizkov, Karlin is fast becoming one of Prague’s hippest and most exciting districts. The story of Karlin is actually pretty interesting. In the late 90’s it was not a part of Prague where anybody would want to hang out, let alone live. It was run down and known for being home to vagrants, gypsies and neo-Nazis. In 2002, Karlin was savaged by devastating floods which tore through this riverside district. However, Karlin was able to turn this disaster on its head and took the opportunity not only to rebuild but to rebrand itself. 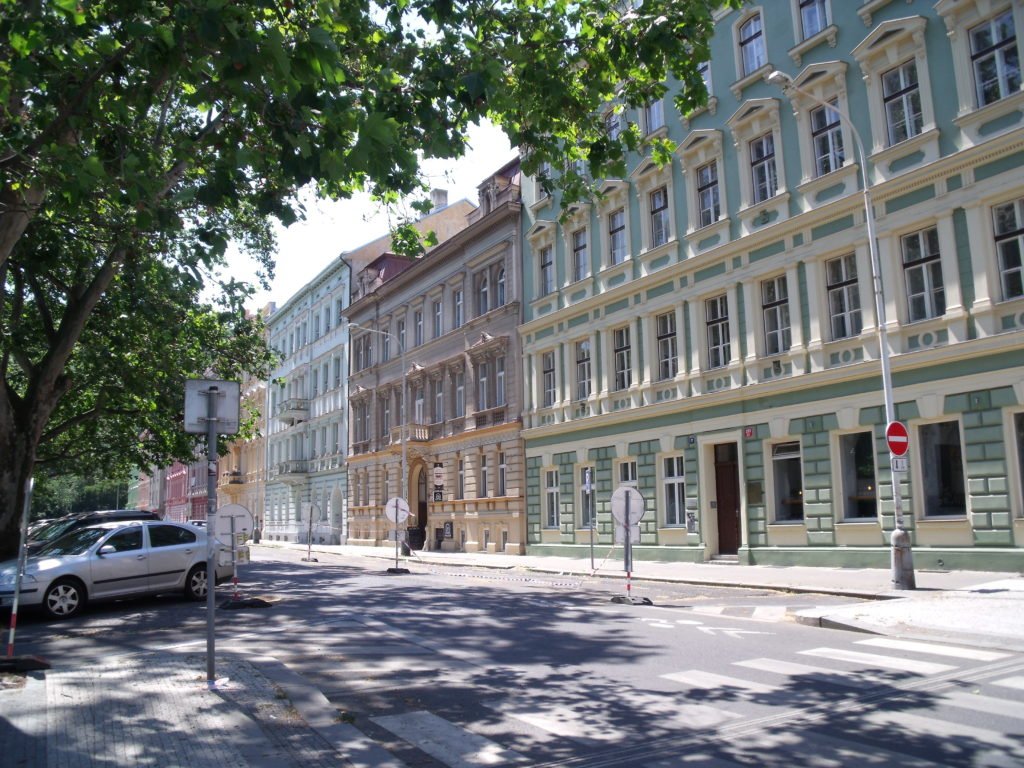 A sunny afternoon in Karlin

Walking through the streets of Karlin today, there is not a hint of its murky past. Karlin has a predominantly local feel and its leafy green streets have a really bright and pleasant atmosphere about them. Although Karlin has a significantly more peaceful and tranquil vibe than Zizkov, its boisterous southern neighbour, there is certainly nothing dull or sleepy about Karlin. On the contrary, Karlin is simply riddled with bars, cafes, restaurants and other cool hangout spots. At Karlin’s centre, you will find the lusciously green Karlin Square (Karlinske Namesti), home to the striking St. Cyril and Methodius Church, which is one of the biggest churches in the Czech Republic. You will also find one of the city’s most popular farmers’ markets on this square every Saturday morning. 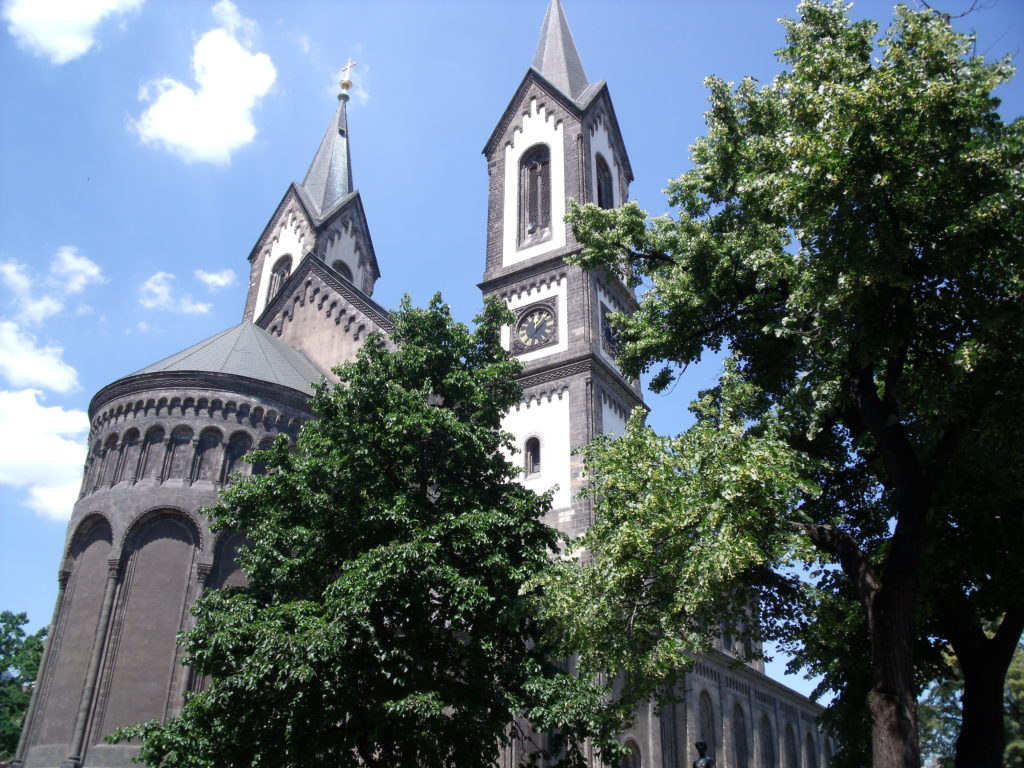 The Church of St. Cyril and Methodius on Karlinske Namesti

Karlin will be celebrating its 200th anniversary on Saturday June 24rd this year and it’ going to be a really big deal. Here are just a couple of events that will be going on.

United Islands of Prague is the city’s biggest and most exciting free music festival, which will be taking place for the 14th time this year. Traditionally, United Islands of Prague took place in various locations all within Prague’s historical centre but this year it’s all going to change. To mark Karlin’s 200th anniversary, the district has been given the honour of hosting this year’s festival and it’s going to be one of the biggest parties of the summer.

What’s it all about?

There are going to be 6 music stages set up at different locations throughout Karlin. United Islands prides itself on offering a really wide range of music, so you will have the opportunity  to listen to pop, rock, world music, hip-hop, reggae, jazz, folk and electronic music and everything inbetween. The festival is a real showcase for up and coming talent and year after year it welcomes some of the top rising stars from both the Czech and international music scenes.  Again, all events and concerts are completely free. 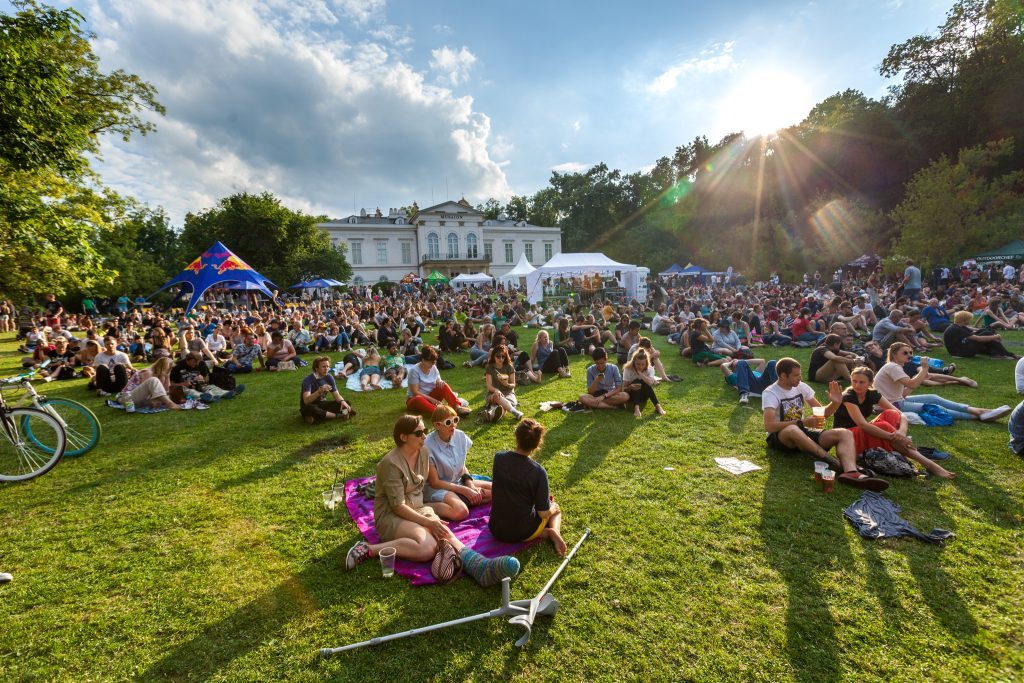 United Islands in the Kinsky Gardens in 2016

The Grand Opening of Kasarna Karlin

As if hosting the city’s coolest free music festival wasn’t enough, this weekend will also see what is sure to become one of Prague’s top summer hangout locations opening its doors for the first time.  Kasarna Karlin is set in a huge leafy courtyard, which can be accessed via the entrance at Prvniho Pluku 2. One of the biggest draws here this summer will surely be the regular outdoor film screenings but Kasarna Karlin is will also be just a great place to relax in the sunshine with a cold drink and catch up with friends. As of this Saturday, the courtyard will be open to visitors everyday from 12pm-12am. As the sun goes down and the night draws in, there will even be a fire burning to keep things warm and cosy. 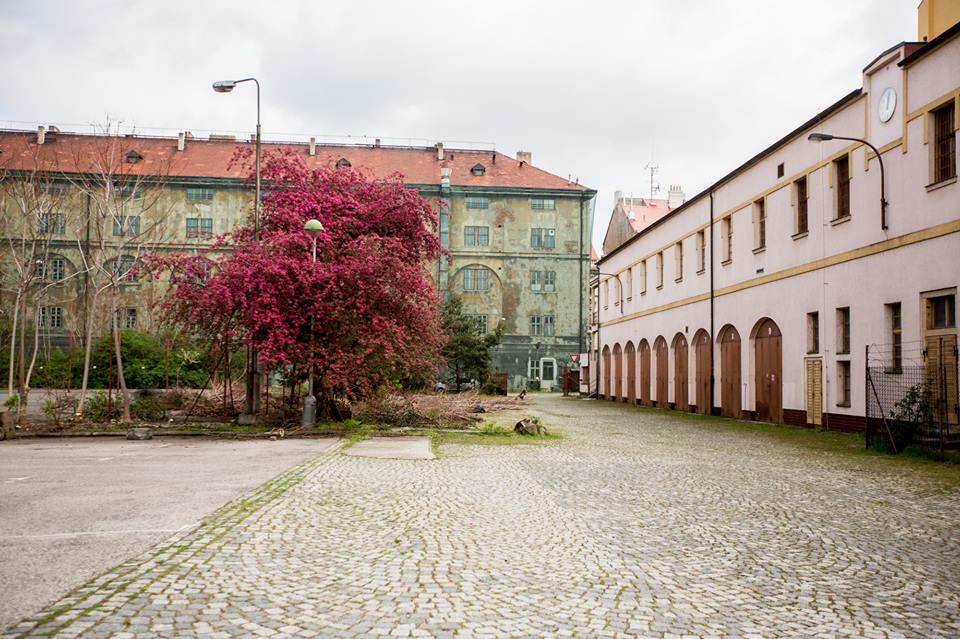 The courtyard space before it became Kasarna Karlin

What will be happening during the opening weekend?

Gates will open for the first time at 5pm on Friday June 23rd. Kasarna Karlin will be working in cooperation with the One World Documentary Film Festival to bring you their first open air film screening of the year, which will begin at 9.30pm. Raving Iran (2016) is a documentary film about 2 DJs in Tehran, battling against the local regime to play the music that they love. The screening is totally free and the film will be shown in English with Czech subtitles.

On Saturday June 24th from 9.30pm there will be a screening of the classic American movie, Lethal Weapon (1987). The film will be shown in English with Czech subtitles and admission is 70CZK.