There will be something of a carnival atmosphere on the streets of Prague this weekend, as the city celebrates the festival of Masopust.

Masopust literally means “goodbye meat” and is traditionally a time of wild merry-making before the arrival of the more sombre period of lent. There are many traditions associated with Masopust in the Czech Republic and there will certainly be lots of events going on in Prague this weekend. One of the most crucial elements of any self-respecting Masopust celebration is the slaughter of a pig, which is then roasted and consumed. However, there’s no need to be put off if you’re not much of a meat-eater, because Masopust has something for everyone. The most highly anticipated events of the weekend are likely to be the parades. I personally love Masopust because it brings some much-needed fun and colour to the cold winter months. It is traditional to dress in costume, or at the very least to wear a mask and take on an entirely new roll for the festivities.

Where Can I Celebrate Masopust?

There will be lots of events taking place throughout Prague towards the end of this week and over the weekend. Just for you, we have picked out a couple of the best.

For a truly authentic and eye-opening view of the Czech festival of Masopust, you need look no further than Roztoky. The downside to this one is that it is in the outskirts of the city, but the fun and vibrant atmosphere will more than make up for the distance. I attended the parade here last year and for me it was one of the most memorable experiences of 2017. I have to say that I’d never seen such an impressively rich array of costumes. There was everything from kids in cute animal costumes, to some of the most spectacularly elaborate creations I had ever seen in my life. I was thoroughly impressed by the imagination, humour and hard-work that had been put into creating so many of the wonderful costumes that I saw that day. 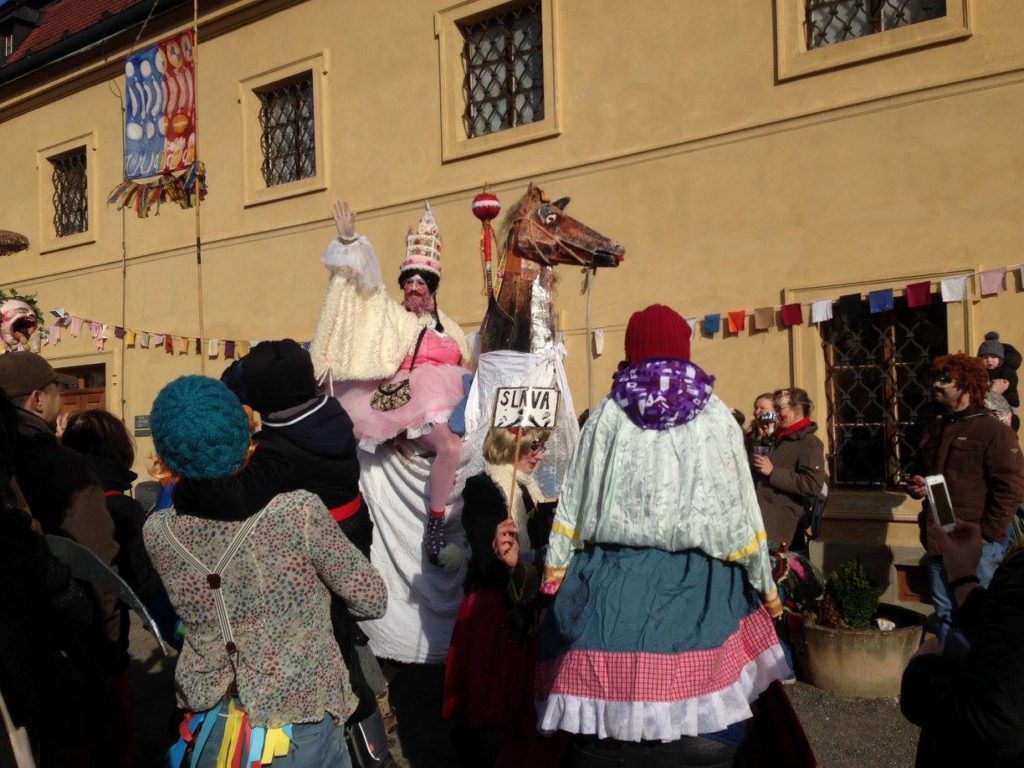 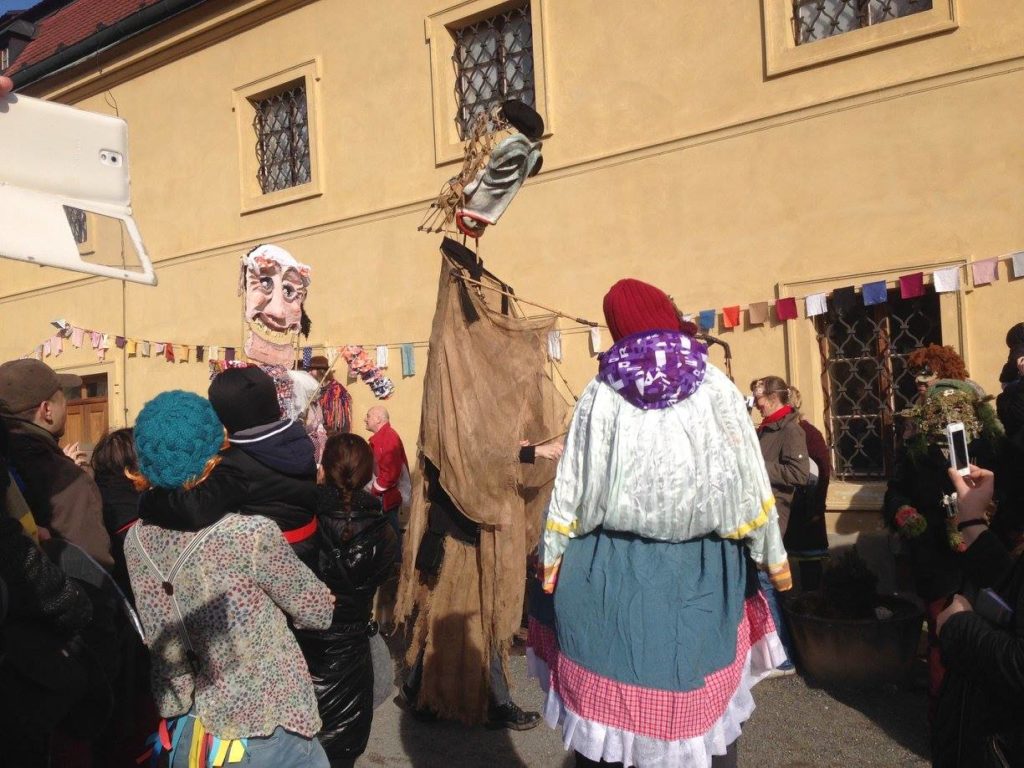 If you would like to stay a bit more central, Zizkovsky Masopust is a great option, which will be full of energy and local flavour. You will find loads of events taking place throughout the district of Zizkov this Saturday and Sunday. There is also a costume parade, which will take place on Tuesday (13/02). The main celebration will take place on Saturday between 2pm and 5pm on Namesti Jiriho z Podebrad and will include the chance to sample some of the finest roast pig the city has to offer. There will also be live music, dancing, a small market selling produce from local farmers and producers. 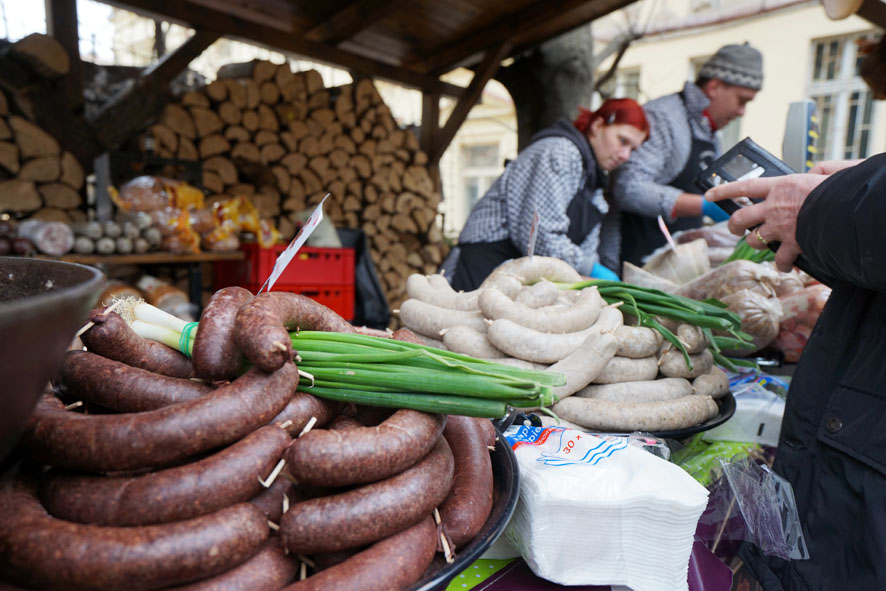 The parade will take place from Namesti Jiriho z Podebrad at 5pm on Tuesday February 13th. It will follow an interesting route through the heart of Zizkov and the festivities will draw to a close with fireworks at 18.30 from Park U Viktorky Zizkov. Although it’s on a school night, this parade promises to be truly spectacular and definitely worth a look. 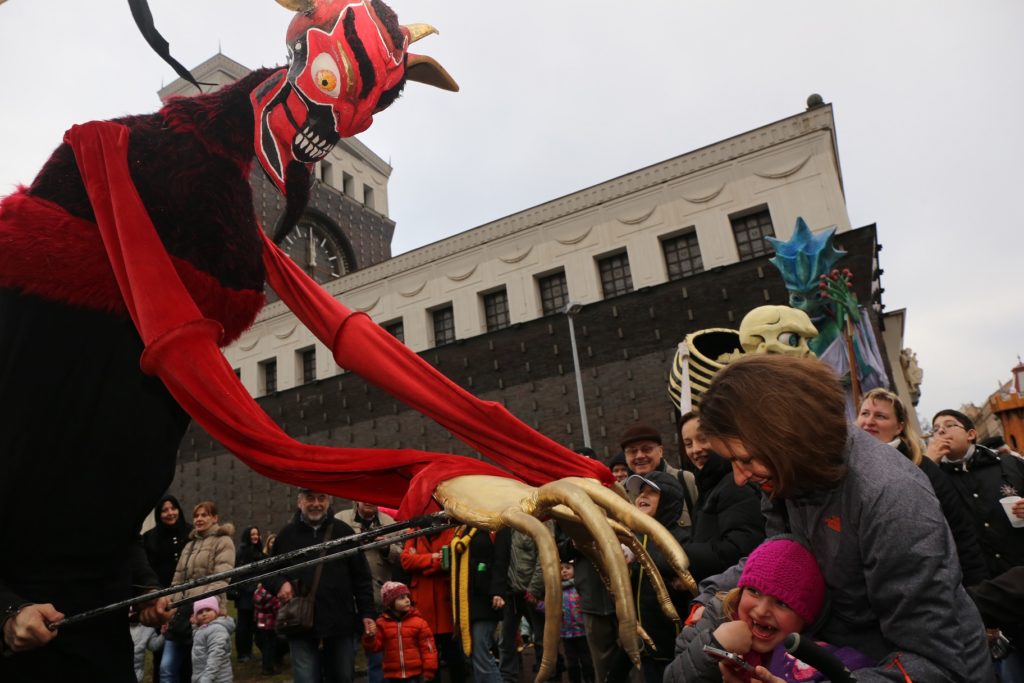 The devil on parade

carneval costumes masopust parade pig slaughter prague roztoky tips what to do in prague this weekend zizkov
Share. Twitter Facebook Google+ Pinterest LinkedIn Tumblr Email
Previous ArticleHow to Avoid the Crowds and Still Enjoy Some of the Most Spectacular Views over Prague
Next Article Top 5 Tips How to Survive the Last Few Days of Winter Chill