Smichov is not a district of Prague with the greatest of reputations. In the past it was a highly industrialised and fairly grimy part of town and although most of the factories have now closed their doors, the district is all too often associated with sketchy pubs and dive bars. However, for a while now I’ve been hearing rumours the Smichov is going through a phase of rejuvenation and that it’s fast becoming one of the trendiest parts of the city. With that in mind, I decided to spend the first Saturday of Spring discovering just what it is that Smichov has to offer.  I came home from the trip desperate to research the stories and the history behind some of the things that I’d found and am now a fully signed up member of team Smichov. It’s a beautiful district full of diversity, history, beauty, energy and so many surprises

The biggest surprise of my visit was just how much greenery there is in Smichov. Although the most visited part of Petrin Park is found in the district of Malostranska, the park actually stretches all the way into Smichov. Petrin is divided into two parts by the Hunger Wall, which was built in 1360. Rumour has it that construction of the wall was ordered by Emperor Charles IV purely to provide paid employment for the city’s hungry citizens and this is why the wall got its name. For some reason, most tourists don’t end up exploring the parts of the park on the Smichov side of The Hunger Wall. This is fine by me, as it really adds to the peace and tranquillity of this part of the park, which is in my opinion by far the most beautiful half of Petrin. 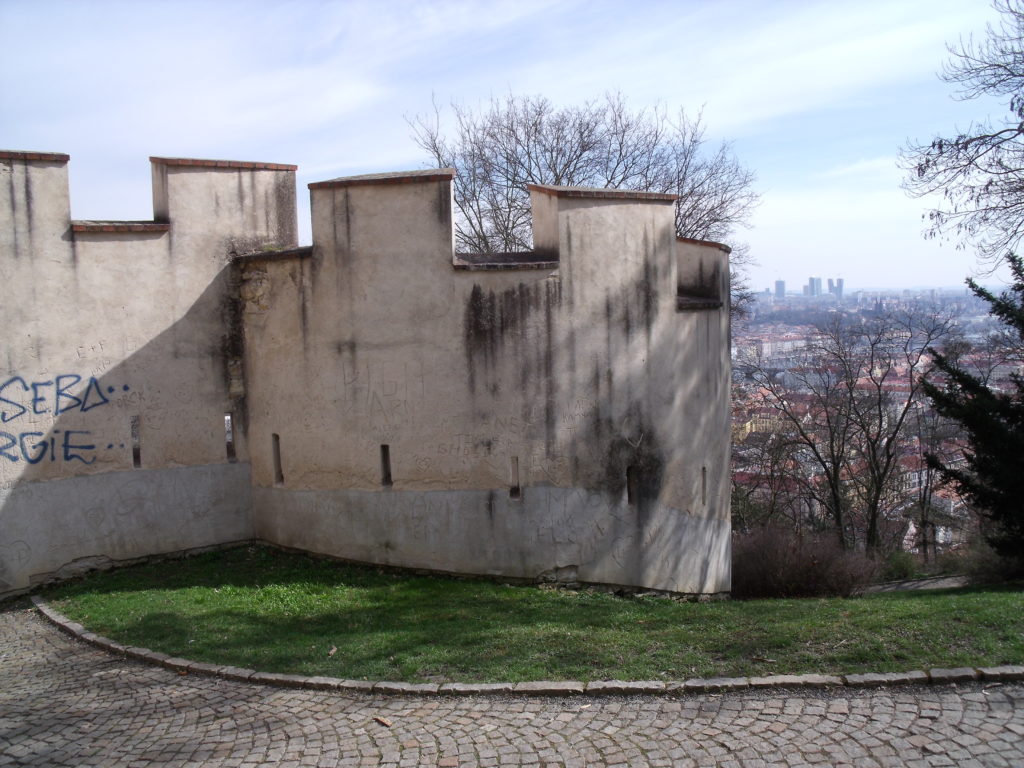 A section of the Hunger Wall

A picture speaks 1000 words, so here are a few shots I took during my stroll through the Smichov end part of Petrin Park. 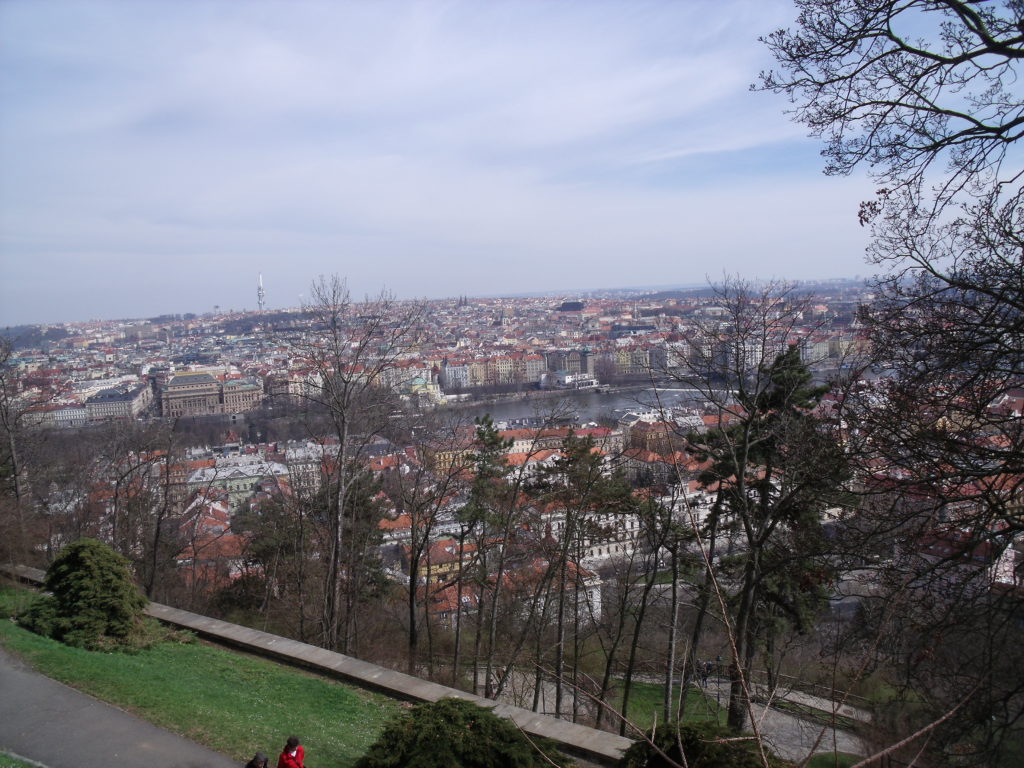 Views over the city 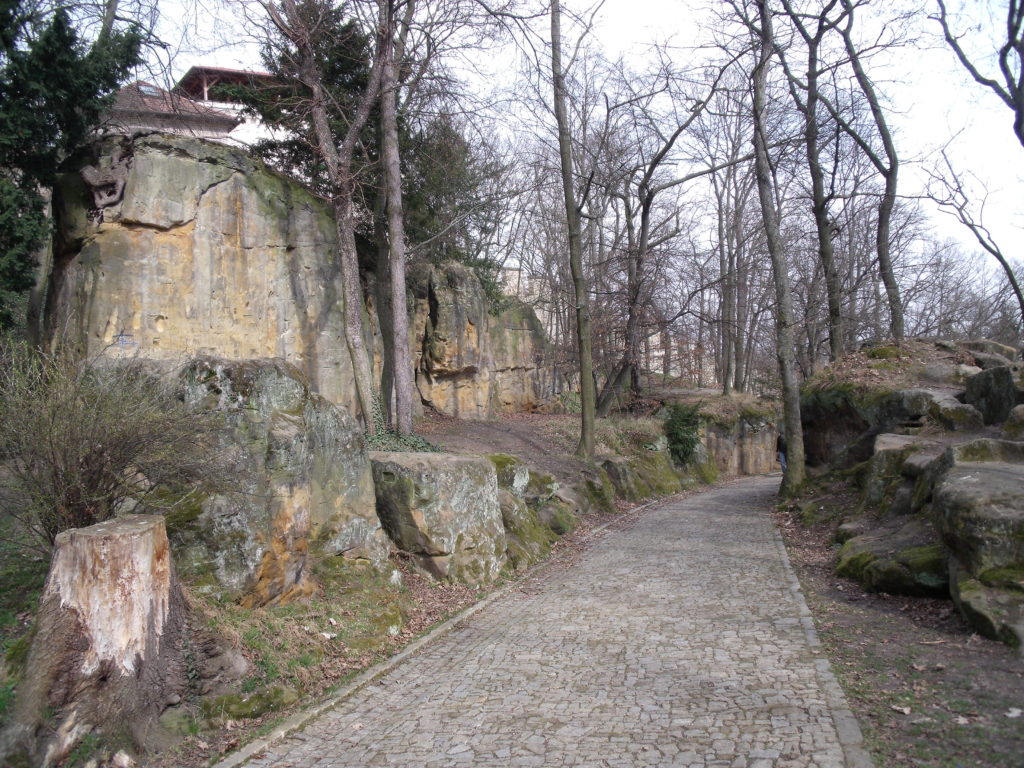 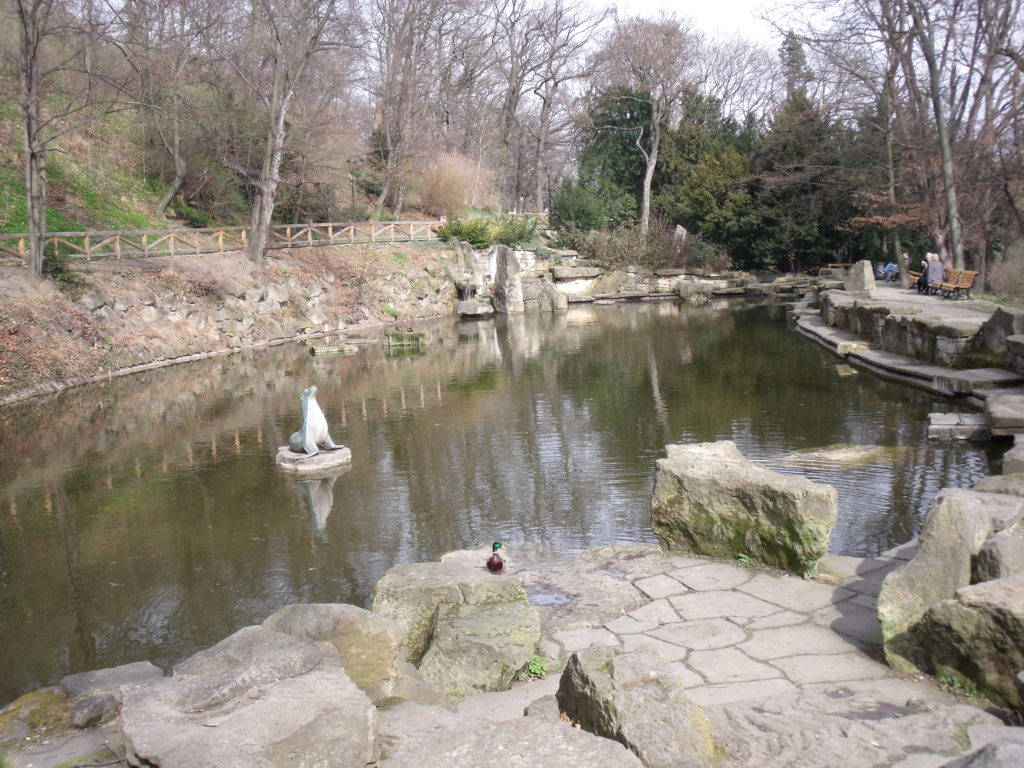 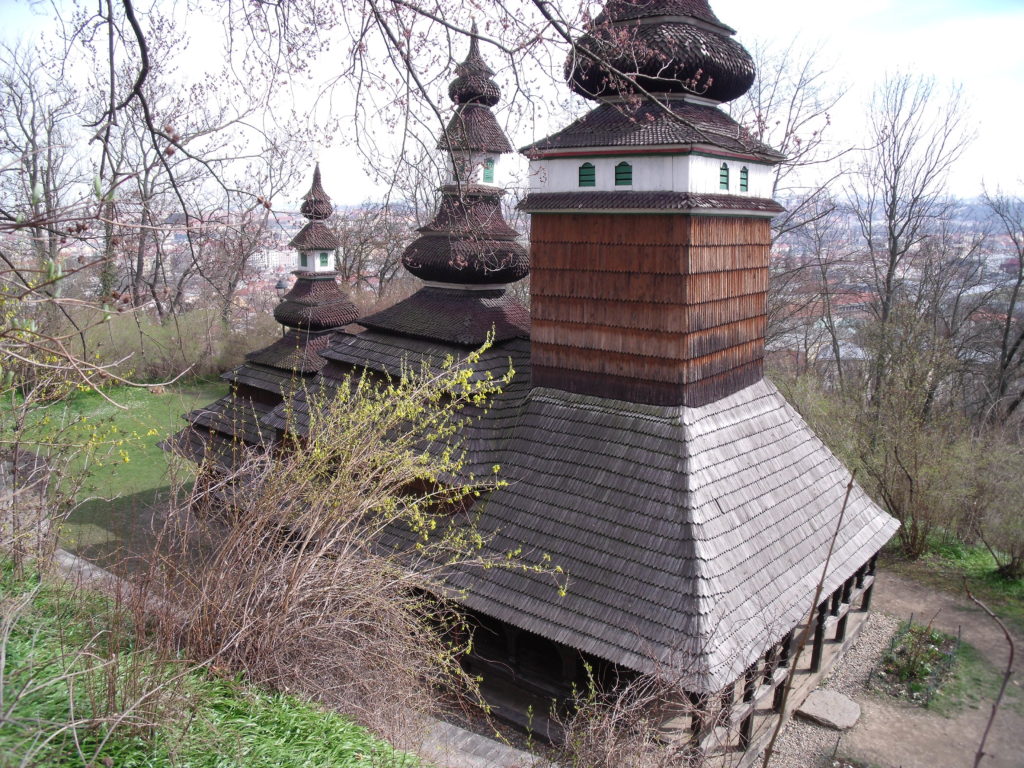 This last picture is of the Church of St. Michael and the story of how it found its way to Prague is a funny one. It was actually first constructed in a Ukrainian village in 1793. It was given to the city of Prague in 1929 and was shipped over 1 piece at a time and then rebuilt in its current location. The church is a little tricky to find, as the park is fully of many narrow and windy footpaths. It is pretty close to the Kinsky Palace (which you will see immediately if you are entering the park from the Svandavo Divadlo tram stop). Just walk up hill a little from the palace and you should spot the church.

After a lengthy saunter through the peace and tranquillity of Petrin, I headed for the centre of Smichov, which is close to the Andel Metro station (B Line). On my way I passed this delightful looking café and gallery called Portheimka. A gentleman was sitting at one of their outside tables sipping a glass of white wine and looking out over the lush greenery of Arbesovo Namesti. I was highly tempted to follow suit and take a quick pit stop but in the end I resisted, took this snap shot and moved on. 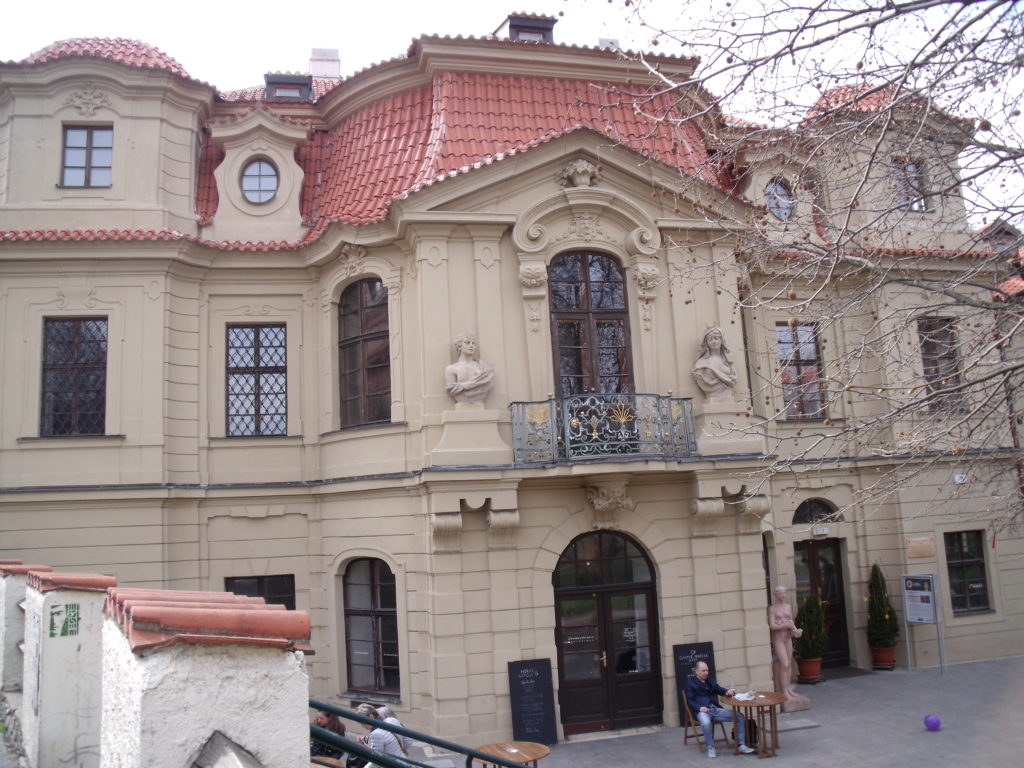 The centre of the Smichov District is known for its huge modern shopping centres and its multiplex cinemas and the area has a really modern and busy vibe. However, there were a couple of surprises in store for me. Surprise number one was potentially Prague’s most unlikely green space, Sacre Coeur.  Weirdly enough, this park is most easily accessed by walking through the crowded Novy Smichov shopping centre. Walk up to the second floor and leave by the exit sign posted Sacre Coeur. You will then walk across a bridge over a busy main road to find yourself in this lovely park. There are great views and no shortage of benches but the most surprising and totally random thing about Sacre Coeur is that it contains a mini zoo, which is free to enter. There were kangaroos, llamas, ostriches, parrots, goats and all manner of creatures great and small. I couldn’t help but take a picture of this charming white pony. 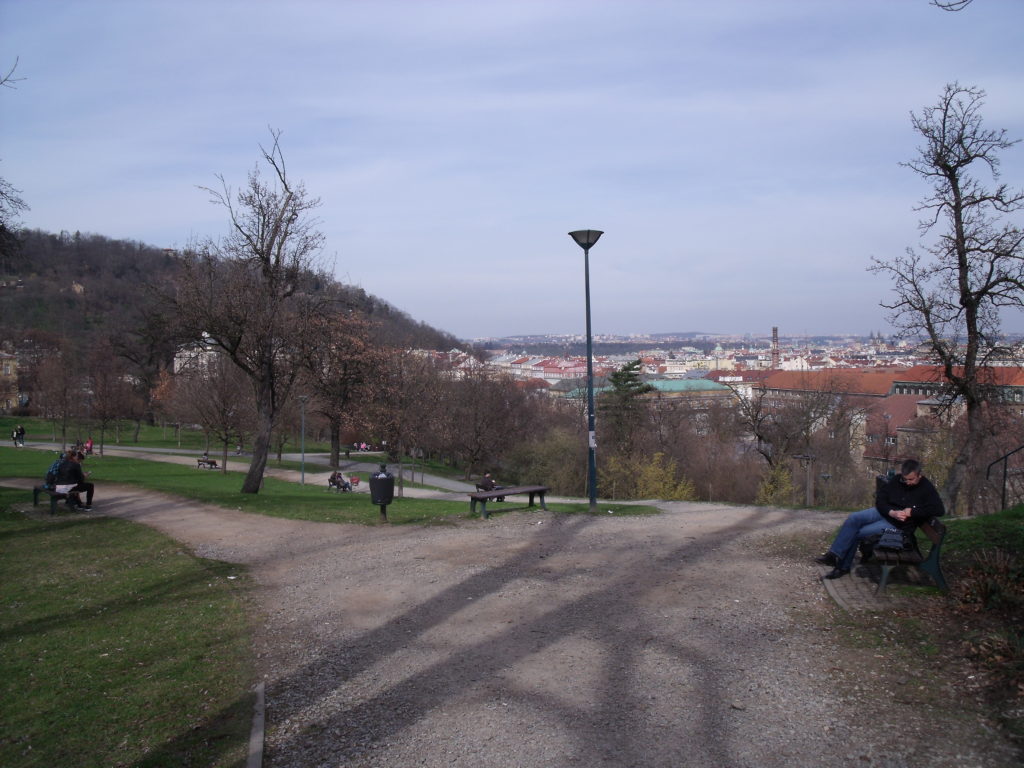 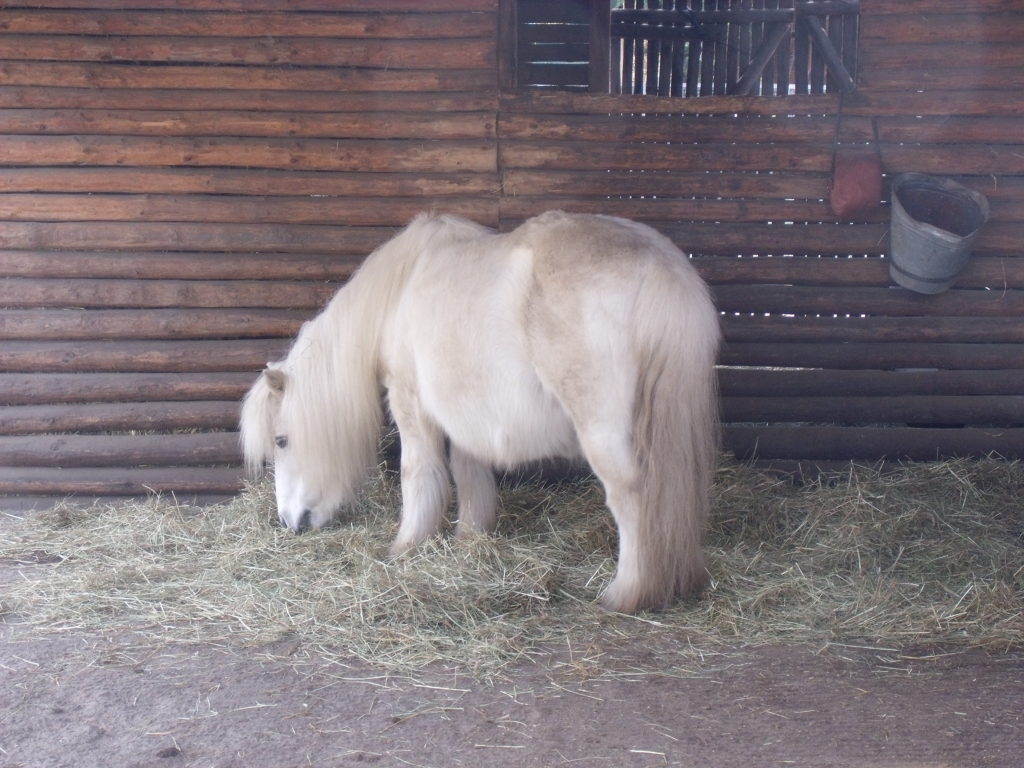 As I left the park and walked back out through the main entrance to the Novy Smichov shopping centre, I spotted this curious looking grey building. It stood out like a sore thumb compared to the flashy modern buildings on all sides of it, so I went to take a closer look. The stars of David on the windows suggested Jewish influence. Signs around the side of the building told me that it had once been a Jewish Museum but that sadly it was now up for sale. I did a little research about this building and found that it was originally built in 1863 as a Synagogue and then rebuilt in the functionalist style in 1983. During communist occupation, the building was used as a storeroom and was returned to the Jewish community after the fall of Communism in 1989. It was never used again as a Synagogue but it did serve as a repository, archive and study area for the Jewish museum before being recently put up for sale. 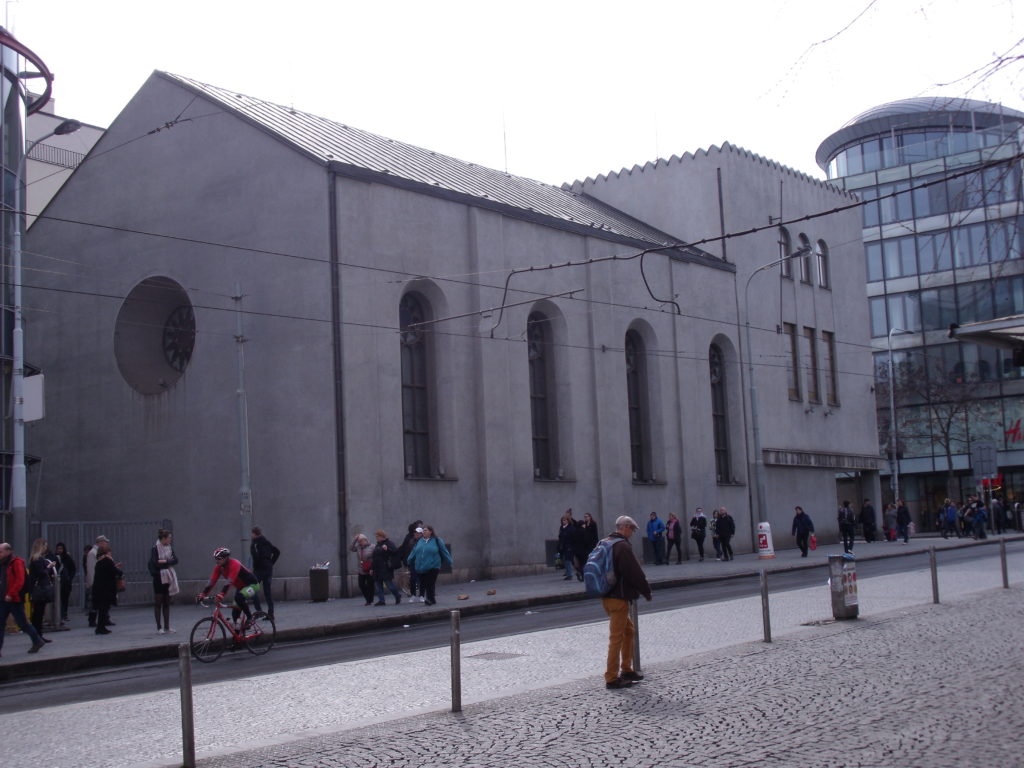 My next destination was down by the river side. On my walk towards the river I was completely blown away by the beauty of the architecture and the incredible attention to detail that was visible on so many of the buildings. I took photos of a few of my favourite adornments. I have to say that Smichov certainly wasn’t living up to its reputation as the grimy heart of Prague and I hadn’t even seen a single dive bar yet. 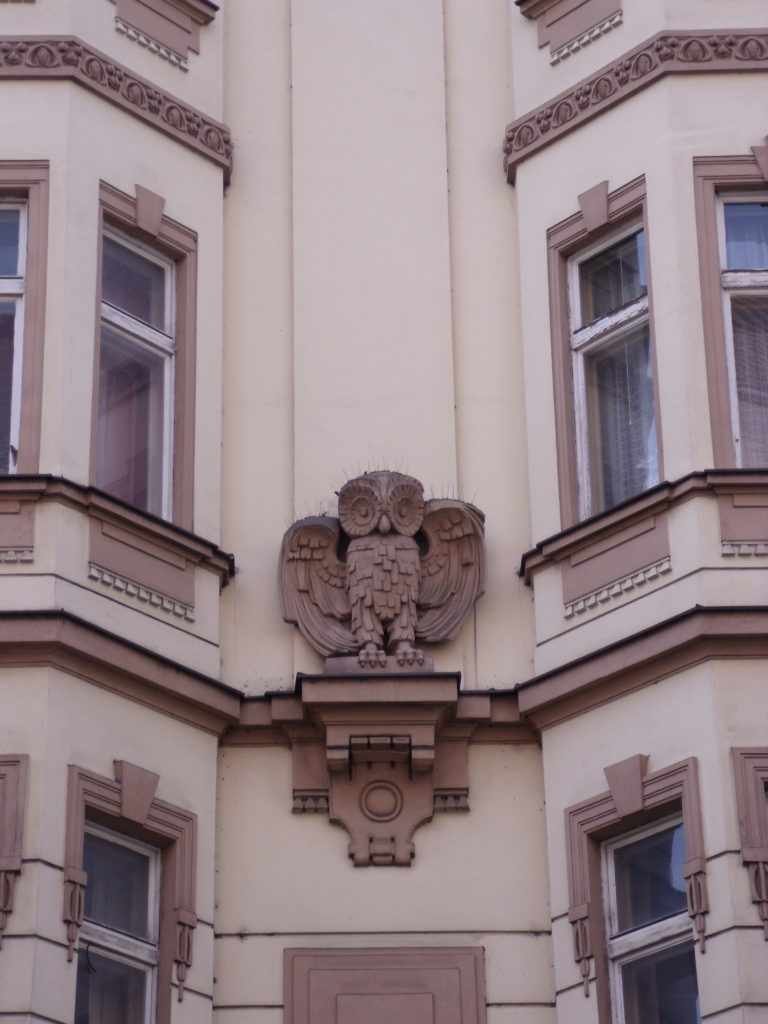 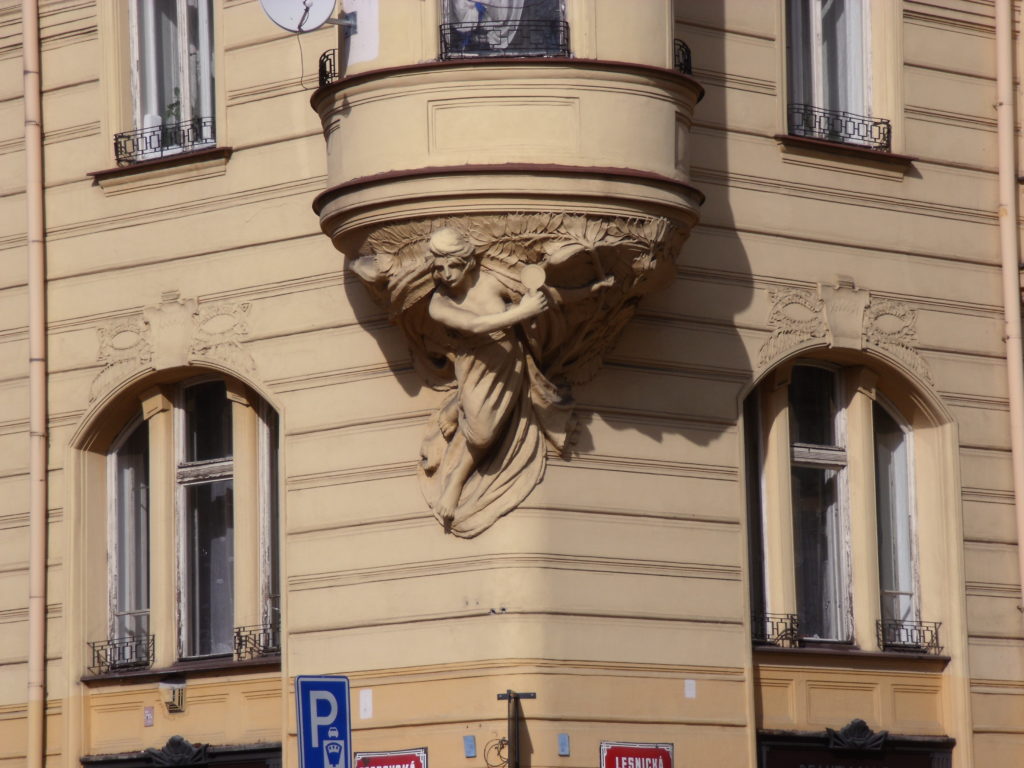 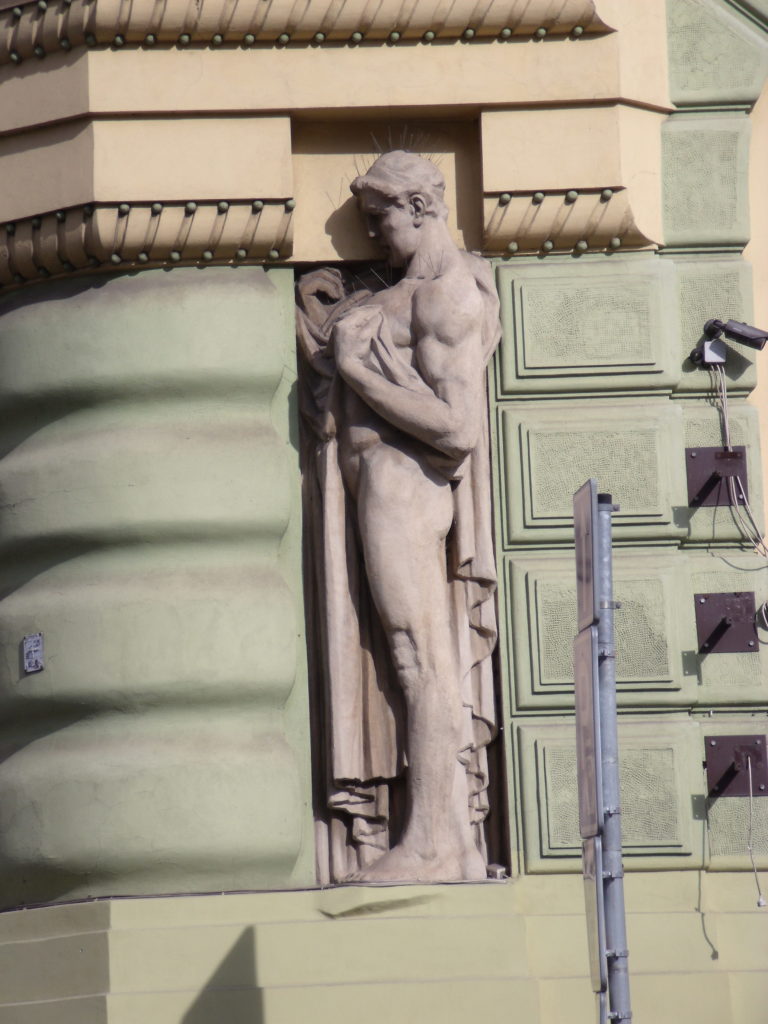 The man in the wall

It was a perfect day to  be by the river. The sky was blue, the sun was shining and swans were drifting elegantly over the water’s surface. I walked past several men fishing, people sitting along the river bank with glasses of beer and children feeding the ducks. 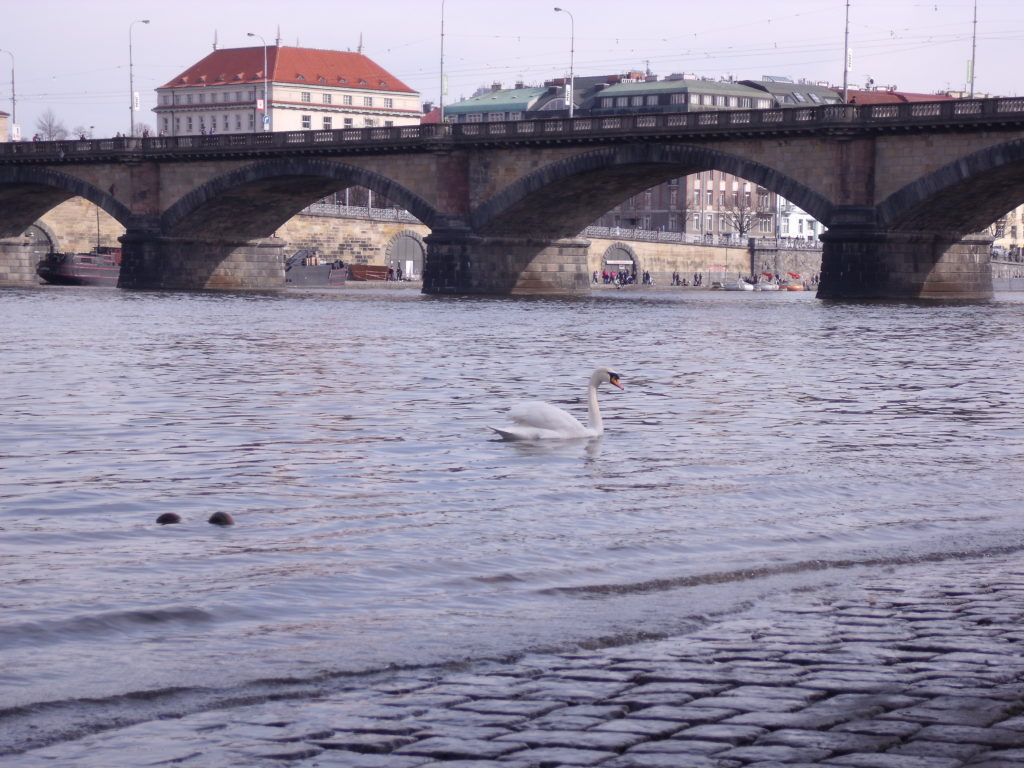 Swan on the water 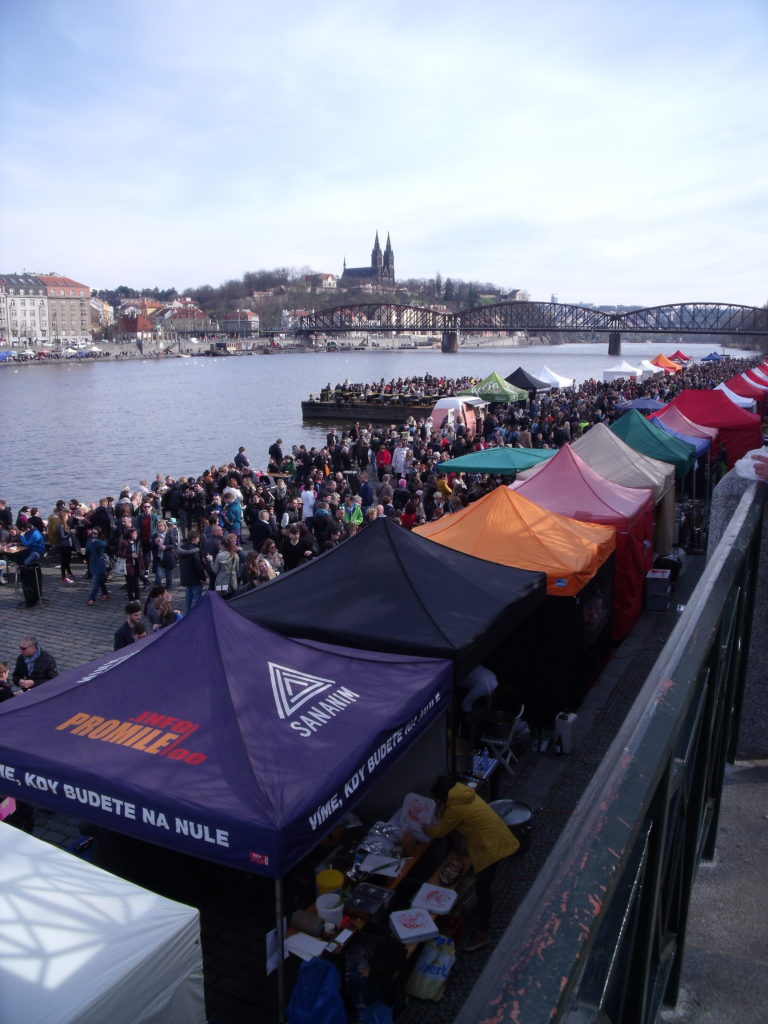 I left Smichov by taking a walk over my favourite of Prague’s bridges. It’s not exactly got the classic beauty of Charles Bridge but this rusty old beauty is still pretty majestic and it really is quite an experience to be on it as a train rushes by just inches from you. Let’s just say that things get a little shaky… 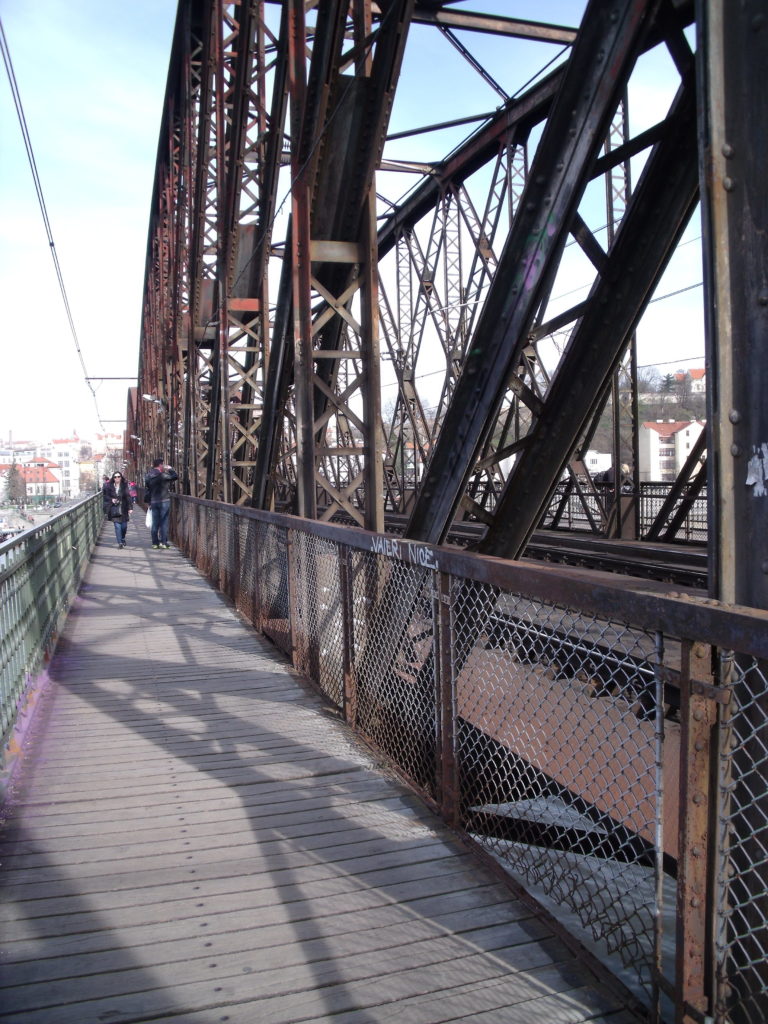 A few other places that are worth a visit in Smichov

Of course I didn’t have a chance to visit everywhere today. Here are some places that we recommend visiting if you want to eat, drink and generally have a great time in Smichov.

So named because it is built in a former Meat Factory, this gallery/theatre/bar/music venue is the brain child of the notorious Prague born artist, David Cerny. Internationally renowned bands, DJs and musicians perform here regularly and the gallery plays host to ever changing modern art exhibits. It’s well worth checking out their website to see what’s coming up. 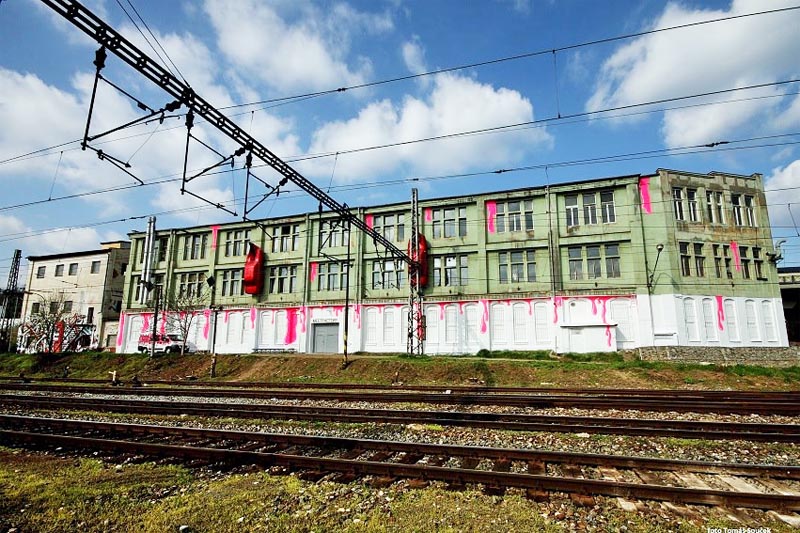 Bejzment is where you will find the best American style burgers in Prague. It’s as simple as that. If you want to get a table here be sure to book ahead as it’s very popular. 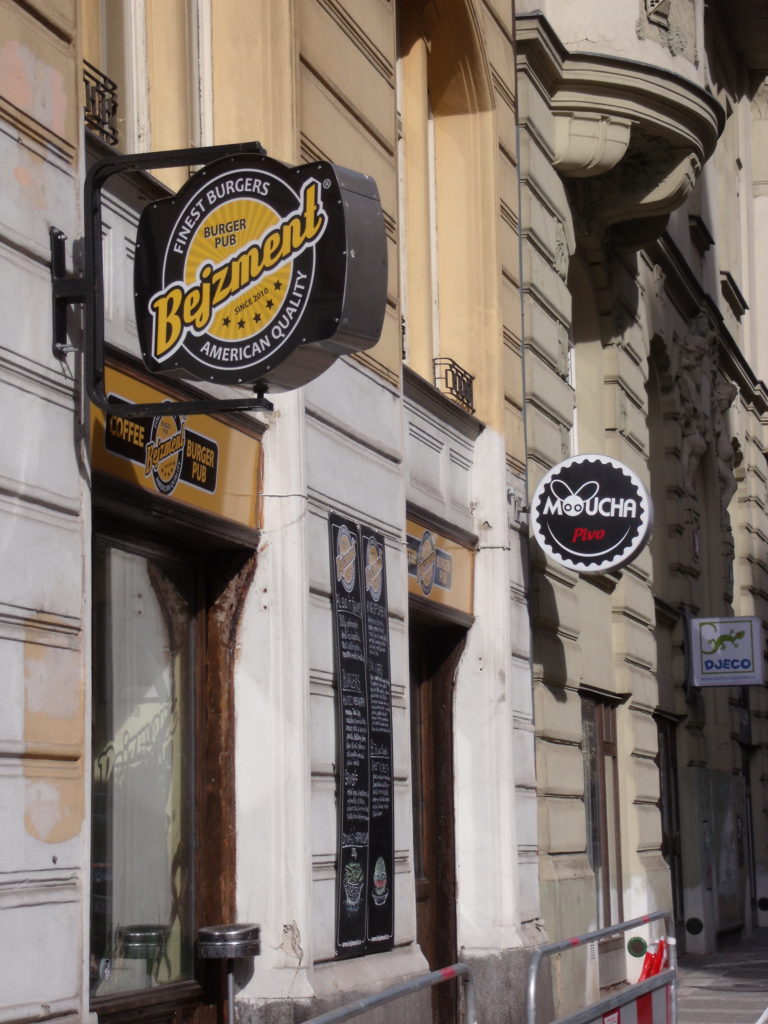 Jazz Dock is perfectly located right on the banks of the river Vltava and its glass walls make it the perfect place to sit and look out over the river. There is even a small outside terrace, which is prefect as the weather starts to get warmer. The music here is really varied, with some more traditional style jazz and also some more experimental stuff. You can check ahead on their website to see who will be performing each night. Jazz Dock is a big favourite with locals and has a really lively atmosphere with plenty of dancing and a reputation for killer cocktails.

Futurum is a pretty stylish place. The interior is full of sexy curves and fancy lighting but it is far from snobbish. Every Friday and Saturday an 80s and 90s music video party is hosted here, which is real blast if you’re feeling a little nostalgic and in the mood for lots of dancing. You also get a lot of well known international rock and pop bands playing here, check out their website for details on what’s coming up.

The Staropramen Pub and Brewery

Smichov’s big claim to fame is that it is home to the famous Staropramen Brewery. For real enthusiasts, there is the opportunity to take a guided tour of the brewery. For those who are less enthusiastic about the tour but still want to sit and enjoy a few glasses of the stuff, there is an excellent pub/restaurant attached to the brewery.