Bohemian Paradise (in Czech “Cesky Raj”) UNESCO Geopark is a hidden treasure of Czech Republic. Less than one-hour drive north-east from Prague is one of the few European Geoparks. Status Geopark got this unique location after long years of negotiation in 2010.

The best way how to get to Bohemian Paradise /Czech Paradise) is to hire a local guide, as we did. Prague Active outdoor activity company, a specialist to one day trips from Prague to Czech countryside. They offer both hiking tours and also option to ride the Bohemian Paradise by bike. Since we are not a passionate cyclist, we chose a hiking tour. 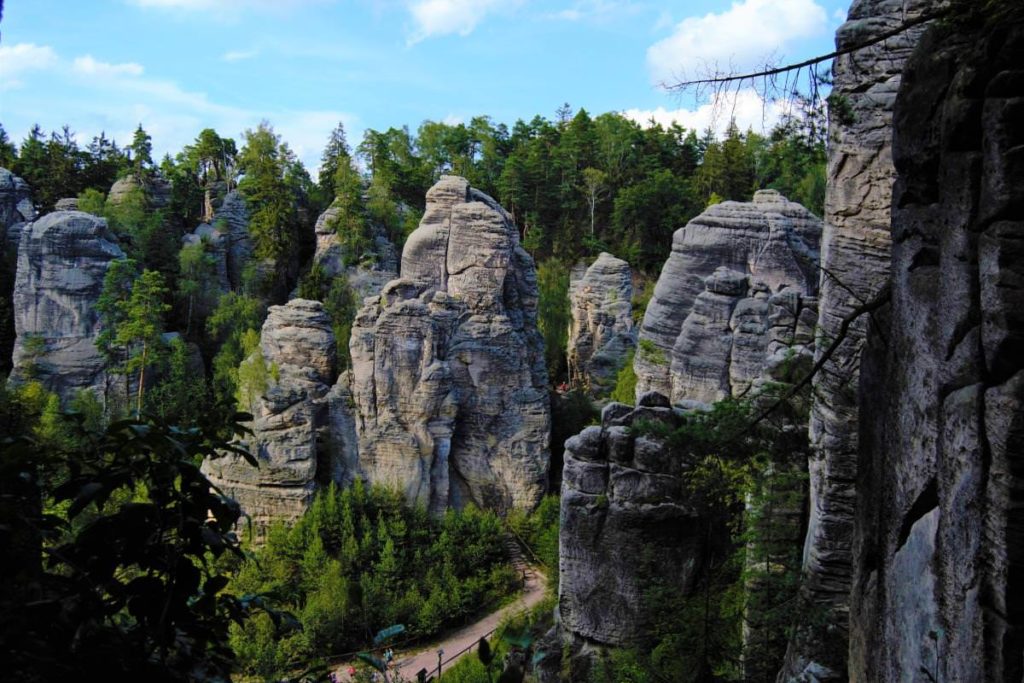 Our journey started at a predetermined location in Prague. Our tour guide and also the founder of Prague Active was waiting for us in the parking lot at Ládvi metro station. The meeting point was chosen wisely to reduce a carbon dioxide in the city center and also relieve a traffic situation in the city. As we drove on Sunday, we avoided the morning rush hour so the way to Bohemian Paradise was very fast. Most of the time we drove along the highway, just last 20km we headed to town Jíčín and to the village of Prachov. We pasted the town Mladá Boleslav where you can see the huge production building of Škoda cars.

The Prachov Rocks are a remarkable phenomenon of sandstone rocks, scenic nature, romantic corners and fairy-tale atmospheres. The majestic rock pillars fascinate you with its height and pretty spectacular formations.

A million years ago the whole area was flooded with the sea, where sand and small fragments of crustaceans and shells were deposited. After the sea retreated, the entire landscape began to form due to erosion, wind, and rain. This erosion activity formed beautiful rock towers. We spent less than 3 hours in the rock city. After climbing a series of stairs and passing through narrow cracks in the rocks. We reached the very top of the Prachov Rocks with amazing views of the surrounding countryside. 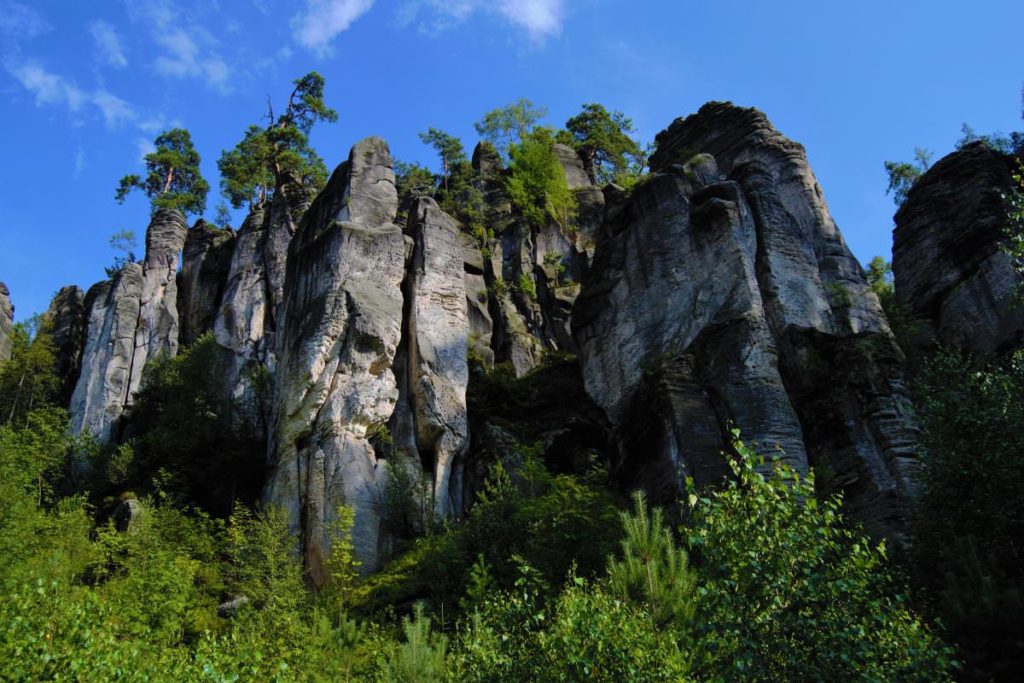 On the lookout of the Český Ráj we had a wonderful view on the whole rock towers and in the distance, we could see a symbol of the Czech Paradise, two towers of Trosky Castle. One of the most famous Czech castles is built on two pillars of an extinct volcano and forms a dominant feature that can be seen from all corners of Bohemian Paradise. Locals gave a special name to the towers. The small one call „Baba“ being one meaning Old Woman and the other bigger and thinner named „Panna“ meaning Virgin or Yung Lady.

Our tour guide from Prague Active has included a lot of interesting information from history and natural attractions from the area of Bohemian Paradise. After short rest at the viewpoint, we went through a series lookouts to the other side of the valley. We turned off the main tourist route and passed through a beautiful woods where the sun shined less and could enjoy pleasant cooler breaths. In this size are rocks covered with moss and the place is really peaceful. On the way, we admired the local rock climbers, as the Prachov Rocks are one of the oldest rock climbing areas in the Czech Republic. 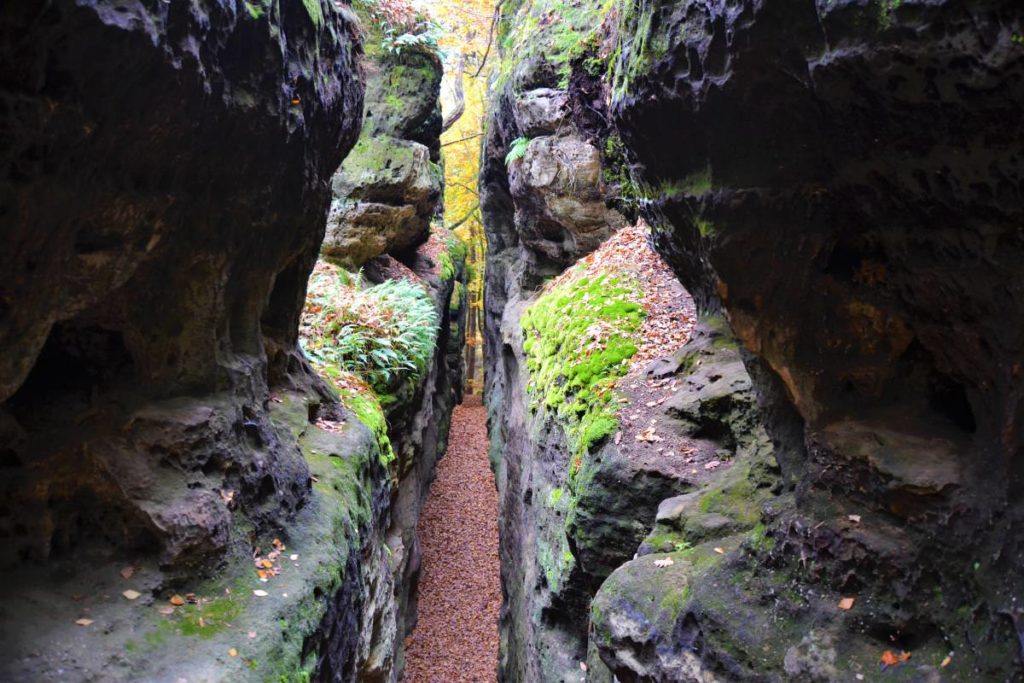 After 3 hours walk in the labyrinth of rocks, we went back to our car and drove to town Sobotka where we had lunch at the local restaurant. The quality of the restaurant is known to be full of local guests. In the Prachov village there are some restaurants, but according to our tour guide, the quality of local cuisine is nothing special. We had delicious a lunch and enjoyed Czech beer and food at a very reasonable price.

Our next stop was the picturesque village of Vesec, where we admired a protected folk architecture. It was very pleasant diversification, we would normally have passed the village, but with a local guide, you will reach places you wouldn´t come yourself. We walked around the timbered cottage as from a fairy tale and in the distance, we could see the Humprecht hunting lodge from the 14th century. The village is very popular with Czech filmmakers and has become the backdrop for a number of films and especially Czech fairy tales. 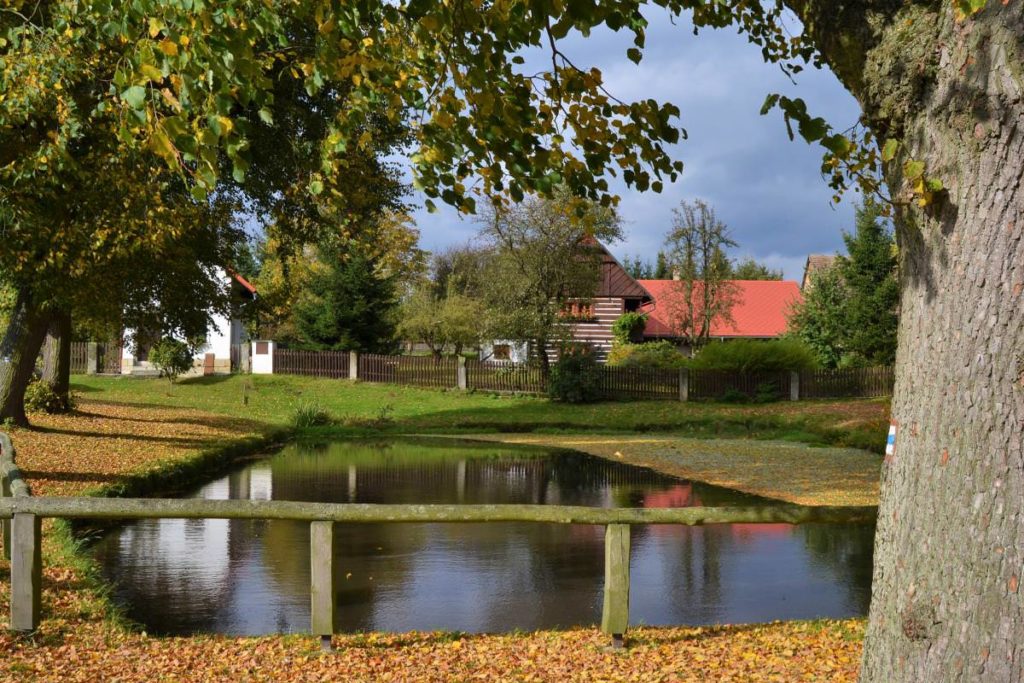 In just a few minutes, we had a breathtaking view of Kost Castle. Just when we walked down to a valley, a monumental medieval castle of Kost appeared before us. Since it is in the valley, we have seen it for the last moment. Perhaps one of the reasons why the castle was never captured is that it was hidden in a picturesque landscape full of woods and lakes and the army just could not find it. The Medieval Castle Kost (Bone) was founded in the 14th century and has been passed by a number of owners all the time. 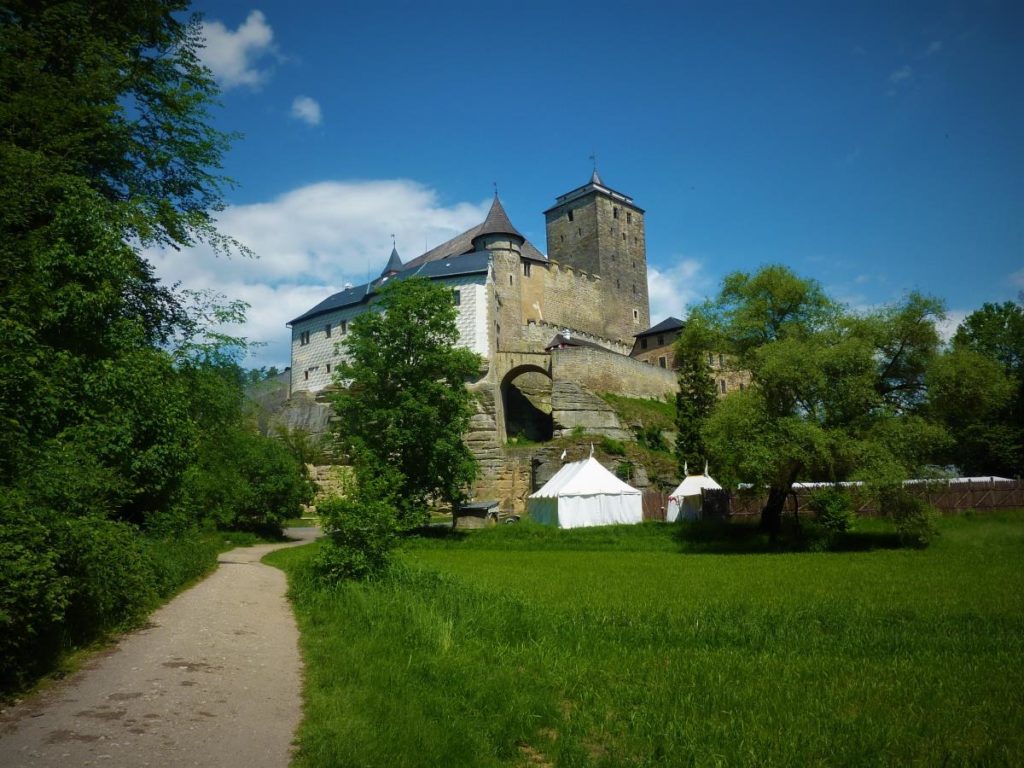 Castle Kost is not only one of the best-preserved castles in Bohemian Paradise, but also considered one of the best preserved gothic castles of the entire country. The current owners are the Kinsky family who takes care of the castle and is organizing lots of events and shows for families with children and school trips. We spent about an hour on a great tour of the castle. Our castle guide was probably funny ad a local guest laughed, but unfortunately, we did not understand it. The tours were just in the Czech language.

An amazing 7-8 hour trip from Prague for families with children and older people. We recommend to reserve one day and definitely take this trip to Bohemian Paradise, where you will see picturesque nature, full of green forests, meadows and ponds and some of the largest wetlands areas. In addition to the beautiful countryside, you can experience folk architecture, taste Czech food and enjoy the medieval atmosphere of the castles. During our next visit, we will definitely use the services of Prague Active and we will take a look at the National Park Bohemian Switzerland.