Prague is a city rich with culture and history. It is also a city which is renowned globally for its captivating beauty and charm. To think of Prague is to think of its gothic churches, its masterpieces of art nouveau architecture and of the sun setting over the Vltava river. It is not always obvious that for 41 years, Prague lived under the oppressive cloud of Communism. In this respect, Prague differs somewhat from the capital cities of many of its ex-communist neighbours. However, remnants of the communist era are still visible in Prague’s streets and the memories are very much still alive.

Communist architecture is a bit like marmite. You either love it or you hate it. Either way, Prague’s streets are littered with examples of it and it ranges from the downright ugly to the totally bizarre. Here are some of the best examples and where to find them.

This 16 floor hotel building, constructed between 1952 and 1954, is the largest example of Stalinist architecture in the city. The green star on its roof was originally red but when Holiday Inn took over the building, they painted it green to symbolise money and capitalism and as a final kick in the teeth to Communism. The interior of the hotel has maintained much of its history, as you will find murals and glass etchings of workers bringing in the harvest.

The Hotel Crowne Plaza can be found at Koulova 15, Prague 6, a short walk from the tram stop Nadrazi Podbaba.

Construction on the Kotva Shopping centre was completed in 1975. Located close to the heart of Prague’s old town, this building couldn’t look more out of place but it would be difficult to deny Kotva’s unique design gives it a bizarre kind of beauty. On the inside, the department store has gone for an open plan and somewhat hexagonal feel, which makes for a very pleasant shopping experience. 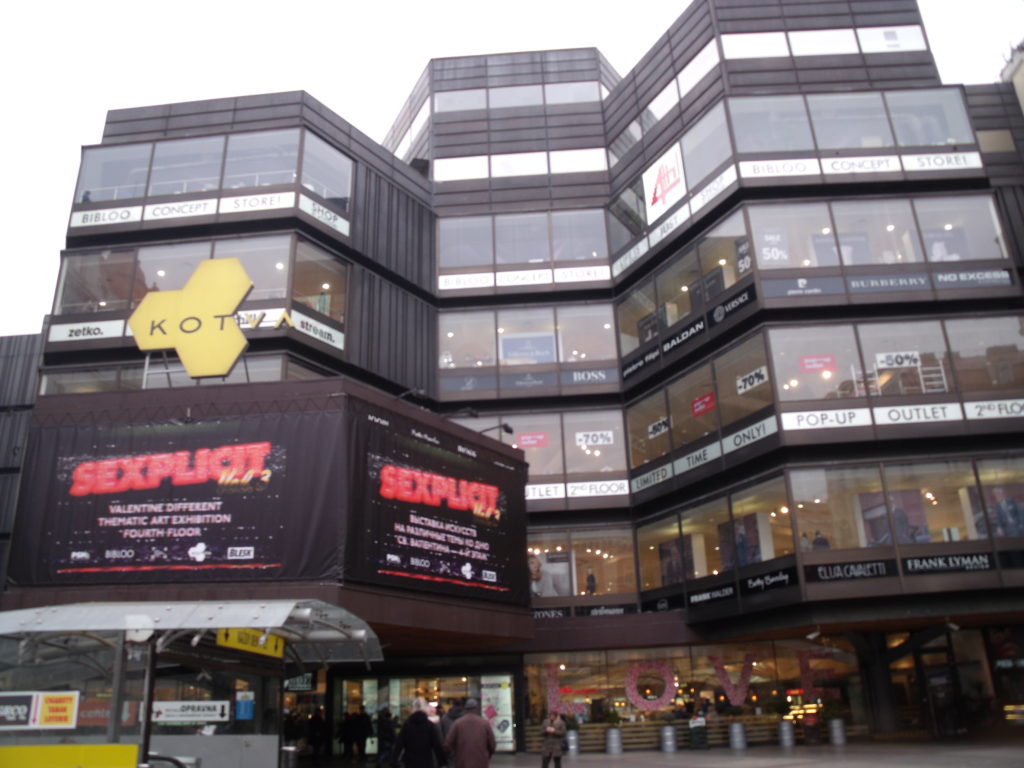 The Kotva Shopping Centre is on Namesti Republiky and is visible as soon as you leave the Metro Station.

Our next example of slightly bizarre Communist architecture can be found at the top of Wenceslas Square and is currently one of the buildings owned by the National Gallery. Built in 1973, to house the Czech Parliament, this building kind of resembles a giant coffee table. 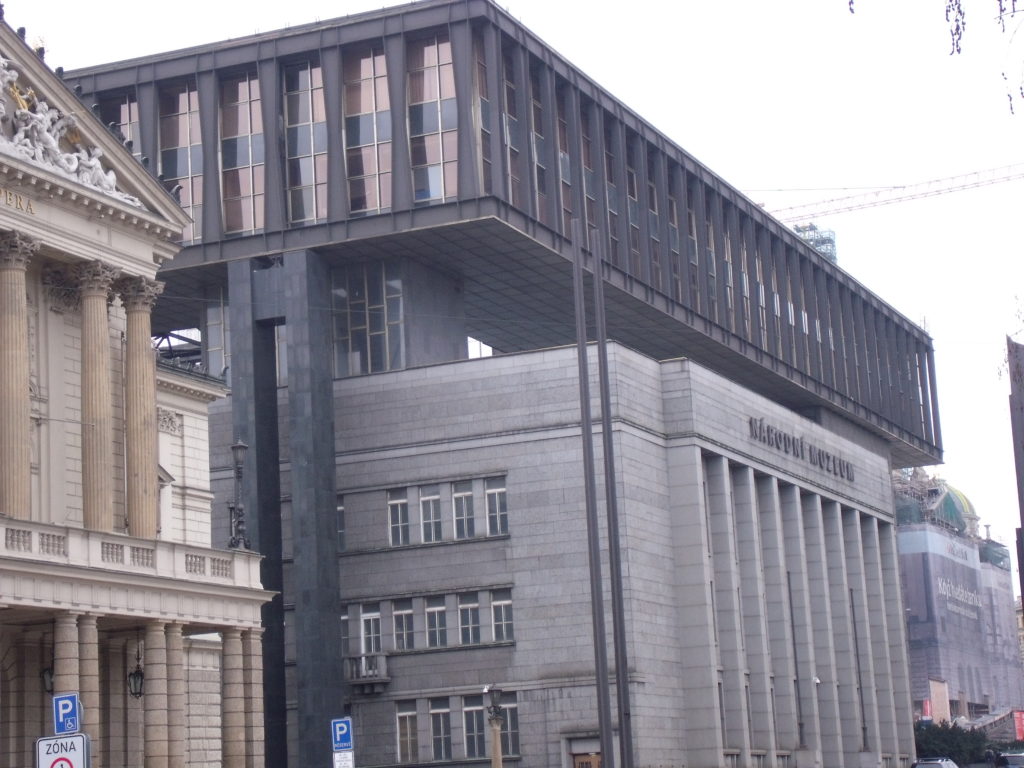 Any guide to Communist architecture would be incomplete without mention of the panelaks. There is no way to sugar coat the panelaks; they are towering, grey monstrosities which dominate the skyline of many of Prague’s suburbs. Originally designed to fit in with the dream of a classless society, panelaks were created to offer a practical, comfortable and simple way of living. The hope was that panelaks would come to represent small, self contained cities. You can still see the remnants of this dream today, as panelak neighbourhoods are still home to their own markets, dodgy bars and cheap clothes shops. 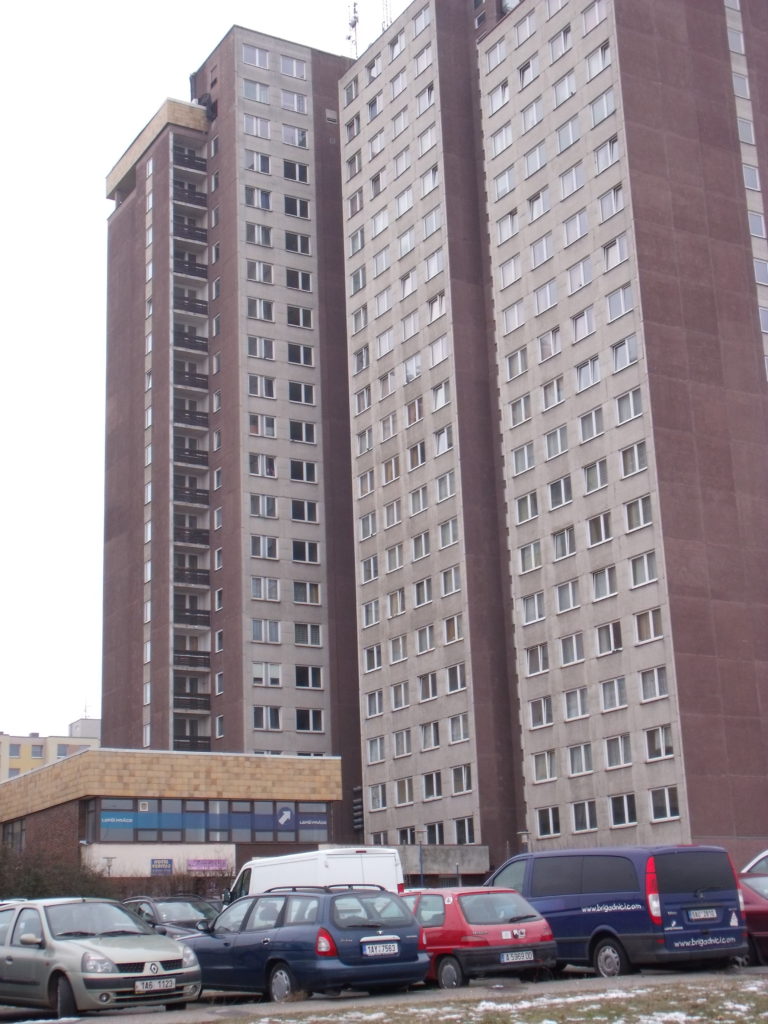 Some of the best examples of Panelaks can be found at Haje Metro station (C line).

This wall in Prague’s Mala Strana district became a real source of irritation for the Commuinst regime. Young people, frustrated by a lack of basic freedoms, used it as a canvas to vent their frustrations. The wall takes its name from the fact that initially, quotes about peace made by John Lennon and a portrait of him, were painted here. This soon developed into graffiti which specifically denounced the communist regime and this led to clashes between students and security police in 1988. Although it is impossible to see the original portrait and quotes which covered the wall, today it is daubed with messages of love, peace and hope from all over the world. 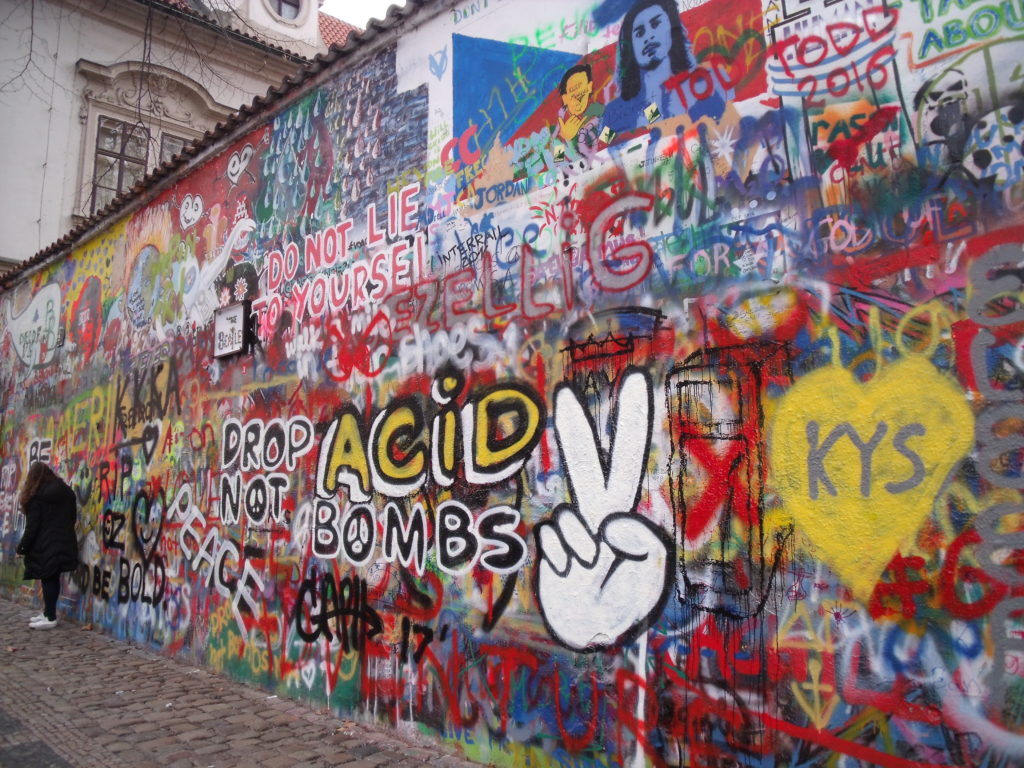 The Lennon wall can be found at Velkopřevorské náměstí, 100 00 Praha 1.

The Memorial to Jan Palach

1968 saw full-scale occupation of Prague by Soviet forces. This lead to mass protests and many people tried to resist the occupation. The most well-known instance of this was when in January 1969, Jan Palach set himself a light on Wenceslas Square. This was widely reported in the global news and drew much needed attention to the plight of those opposing the Soviet Forces.  Today you will find a rather understated tribute to Jan Palach at the top of Wenceslas Square. The bronze cross, embedded into the cobblestones is easy to miss if you’re not looking out for it. 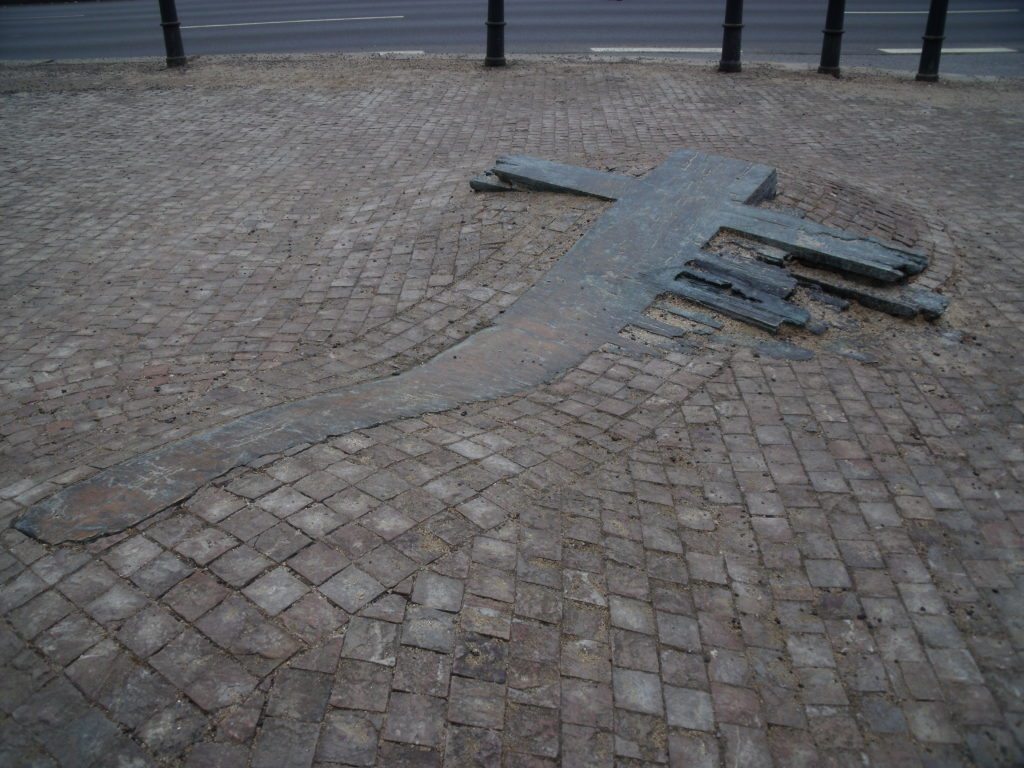 An understated memorial to Jan Palach

The Memorial to the Victims of Communism

At the foot of Petrin Hill, you will find this striking and powerful memorial to the victims of communism.  The plaque placed next to the memorial reads “The memorial to the victims of communism is dedicated to all victims – not only those who were jailed or executed but also those whose lives were ruined by totalitarian despotism.” A bronze strip running down the centre of the stone steps provides estimated numbers of just how many people’s lives were lost or destroyed under the regime. 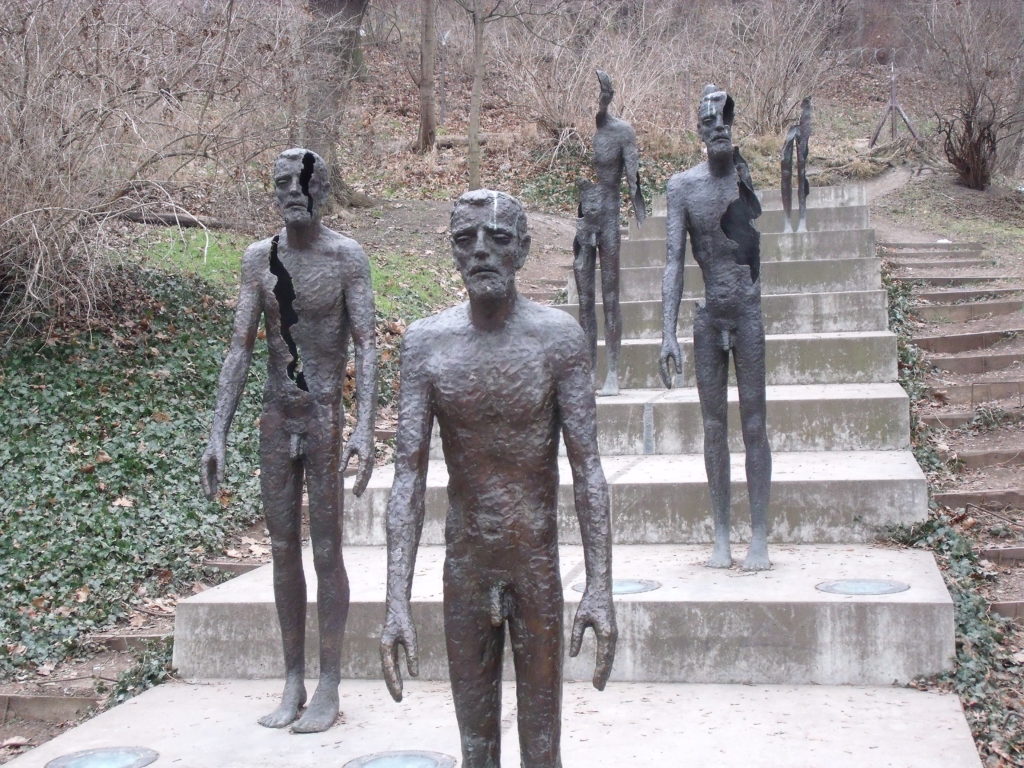 A haunting memorial the the victims of communism

The giant Metronome which looks out over the city from Letna Hill was built on the plinth upon which once stood a giant statue of Josef Stalin. At a height of 15.5m and a length of 22m, it was the largest statue of Stalin in the world. After Stalin’s death in 1953, the statue was dramatically destroyed by 800kg of explosives and after the fall of communism in 1989, the space was soon reconceptualised. The Metronome was designed by Vratislav Novák and it is said to symbolise the slow journey out of Communism and towards an uncertain future.  The spot offers unbeatable views over the city and is a favourite haunt of skateboarders. 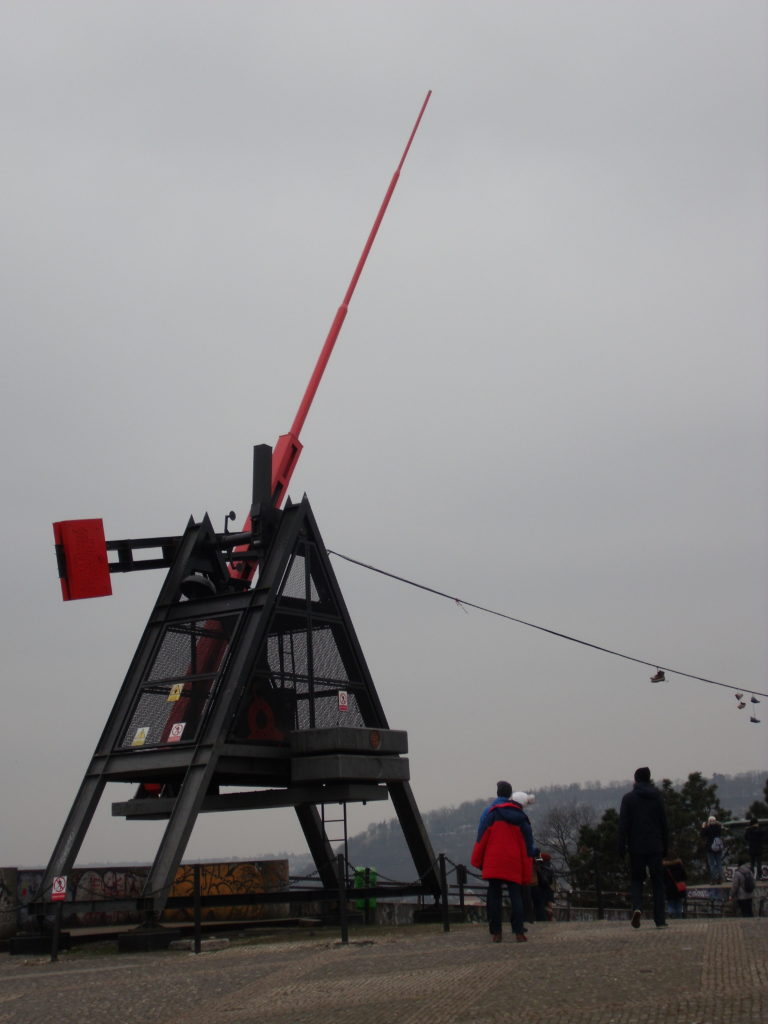 A grey day looking out from the Metronome

To reach the Metronome, take tram 17 or 5 to stop Cechuv Most and climb the stairs (trust me, it will be worth it!)

Kofola is another of those love it or hate it things. It was invented by Zdenek Blazek in 1959 as an alternative to the “western imperialist” Coca Cola brand, as although Coca Cola was available under the communist regime, it was very expensive and difficult to find. Kofola is made from a blend of herbal ingredients, caffeine and fruit extracts. In terms of flavour it is comparable to Dr. Pepper or Cherry Coke. During communism, it was available for less than half the price of most western soda brands, giving it a clear market advantage. Although sales suffered after the fall of Communism in 1989, Kofola is currently riding a new wave of popularity in the Czech Republic. Personally, I think it’s delicious, but you can make up your own mind. Kofola is available on tap in many bars, restaurants and pubs. Last year, Kofola even opened an innovative new fast food restaurant called Nagrillu.

Opened in 1974, the Prague Metro is also a creation of the Communist regime, although it has been vastly expanded since then, with many new stations being added. When the Metro was first opened, many of the names chosen for its stations were very much inline with Communist doctrine and ideology. These names were changed after 1989 to the names that we know today but purely for the sake of interest we have compiled this list of some of the original names and their meanings: