Every September, when the leaves start to fall and the breeze gets a little colder, a festival reaching beyond the city of a hundred spires begins: Zažít Město Jinak brings the different angles of each city to you. What awaits and how it came to be, we found out for you. 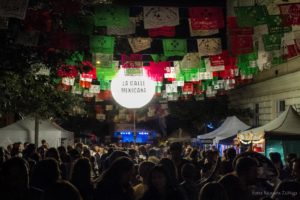 What’s Zažít Město Jinak All About?

Zažít Město Jinak – or ‘Different City Experience’ – celebrates different neighbourhoods of cities and their unique inhabitants and traditions. The festival is planned by actual residents of the featured districts and it is based upon the idea that public places should be shared. With the aid of mutual help and volunteers, the festival pops up in different neighbourhoods around Prague and even beyond, letting you and others glimpse into different quarters of Prague, Brno and more! 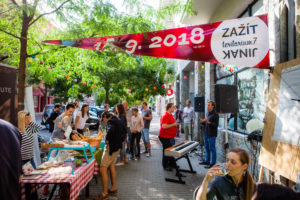 How it all began

It was the year 2006, when the union Auto*Mat organised the first ever Zažít Město Jinak. Why? For the simple reason that they thought the city needed to break out of their stereotypical perception of how public space needed to be used and how valuable of a resource it could be.

They wanted residents to not just ‘drop by’ the festival but be active contributors to the vast program of the festival – enriching the cultural and traditional importance of it. More and more active residents of different districts around Prague wanted to participate – and so, the festival grew and grew and grew.

13 years later, the festival is bigger and has more participants, organizers and helpers than ever before, bringing different minds of a neighbourhood together in the third week of September. It’s a week full of joy and meeting people, crafts and potential hobbies. 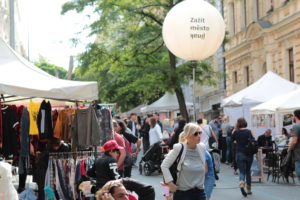 Besides the possibility of meeting interesting people from your – and other – neighbourhoods to collaborate with, ZMJ also provides the opportunity to open conversations about how the district could evolve. There is also a number of activities planned at each Zažít Město Jinak.

Maybe a district has a local artsman that will teach you how to do dotting art, maybe an actor for the local theatre is about and will give you and a crowd a play to remember. Folklore dance, musical performances, food from local restaurants & pop up stands and of course, funny games such as sack races or relaxing yoga sessions await!

The Festival of celebrating different neighbourhoods, traditions and spirits is happening the third week of September. There are certain neighbourhoods that celebrate their festival a week before or after, like the Americka Festival, which happens on September 14th, 2019.

On this map, you can find out where your favourite festival will take place.

Prague counts over 80 locations to visit during the week of Zažít Město Jinak, which raises the question: Which one should you go to? If you experienced the festival in your own neighbourhood before, you might want to cross the border of your district and check out what’s cooking over in the others. Here’s a few of the many festivals around the city to check out:

The bustling street in Vrsovice has long been a street of festivities, fun and food. It is only fitting that Krymska is organising a Zazit Mesto Jinak. The majority of Krymska’s many, tasty restaurants have confirmed their participation, turning the hilly street once more into a food court of the superlative!

The bakery with the tastiest baguettes, Le Caveau, along with Kung Fu Knedlicky will make your tastebuds sing. Vinohradsky Pivovar keeps the cups filled and Café V Lese contributes with music and good vibes. Gorilla – Guerilla offers awesome street food and Studio Krymska offers plenty of second hand goodies to feed your ears with!  Of course, the event will be accompanied by a couple of local DJs to make the party complete. 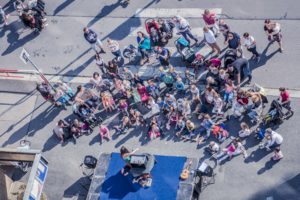 Americka is always a blast! Local craftsmen (and women) present their work, the smell of delicious food fills the air and cool workshops beckon you to participate. All of that accompanied by musicians and DJs. Americka is THE street fiesta in the proximity of Namesti Miru!

Attention: Americka celebrates their Zažít Město Jinak a week before, on September 14th, 2019! 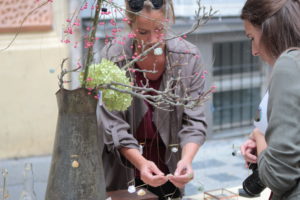 If you are living about Prague 2 and 3, you definitely should go by Vinohradska’s & JZP’s as well as Korunni’s Zažít Město Jinak and dive into these two festivals close-by. Though not far from each other, the two events have very different themes.

Seating spots in the street, music and DJs – this is Vinohradska’s Zažít Město Jinak! Kro Kitchen and Beer Geek will provide food and drinks to keep you going all day, leafing through the many trendy pieces of Hedush and Never Enough. Books and Illustrations are to be found in the street just off JZP. Oh, and you are absolutely welcome to bring your furry friend along, too. 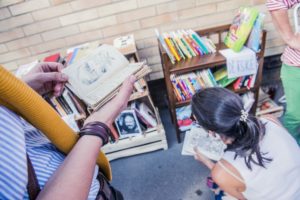 Are you a creative mind seeking an outlet? Korunni’s Zažít Město Jinak is all about art and creation. Creative workshops organised by Kavarna Maluj and CVRK will spice up the day in the neighbourhood. Color pearls or contribute to a good cause with your very own glass shard. Doruky Drink will provide you with yummy treats and drinks made from honest ingredients.

Oh, and all of that will be accompanied by DJ Cut Dem as well as talented Lukáš Chejn with his guitar!

Located in such a green area – nearby Břevnov Monastery –  it makes sense that the city’s hot topic of creating more green space is part of this festival in Prague 6.

For the first time, Zažít Město Jinak will have a green swap – where you can bring your plants and plant seeds and swap them with others! The association Ekodomov is organising workshops for both kids and adults and the newfound knowledge can be put to good use in the afternoon, when a tree will be planted.

Břevnov runs its  Zažít Město Jinak under the flag of sustainability and thus only uses reusable cups for their drinks. They also organise a flea market – bring your old, unloved treasures and let them find a new owner – or find something new for your flat, too! 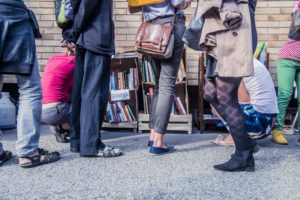 If you find it hard to go outside when the bristling September winds cruise through the city, why not organise your very own event according to their principles and guidelines anytime of the year? Which brings us to the next topic…

If you want to get involved in this wonderful festival, you’ve come to the right place. There’s plenty of ways you can support your local festival and even plan your own!

Obviously, the easiest way to support and keep alive the tradition is by going to the festivities in the streets. Whether you want to visit one of over 80 locations in Prague or escape from the city; there’s plenty of festivals to discover.

If you yourself want to get active – because your district or quarter is not duly represented yet – the festival committee Auto*Mat can help you completing administration regarding the use of the public space you intend on celebrating on (only in Prague). Whether you a group of friends, a local organization, clubs or an active citizen – any organizers are welcome!

If you have a fabulous idea for creating a festival in your zone, apply until May 31st, for next year’s cooperation. You will then be invited to a coordination meeting and be given all information you will need to organise a kick-ass Zažít Město Jinak in your area. Then comes the fun part: putting together an organization team and a program that will take people in its ban!

If visiting doesn’t cut it for your anymore and you want to be part of the team in your area, you can contact organziers for individual areas on the website of Zažít Město Jinak. A message or two later, you are on the volunteering team and get to experience the festival from yet another angle!

By now, Zažít Město Jinak has developed to a much beloved tradition and reoccurring festival in September – and this not just in Prague. If you feel like taking a day trip out of the city to experience a town or nearby city from a different angle, be sure to check out one of the Zažít Město Jinak in over 23 cities in the Czech Republic – like Uherské Hradiště, Ostrava, Český Krumlov or Brno. 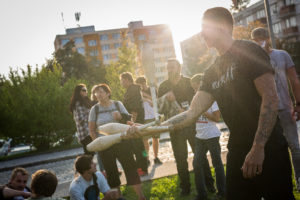 Have you been to this lovely Autumn Festival yet? Do you know more spots, cities and towns where the cultural event is happening? We can’t wait to hear more about it in the comments! Happy Celebrating!